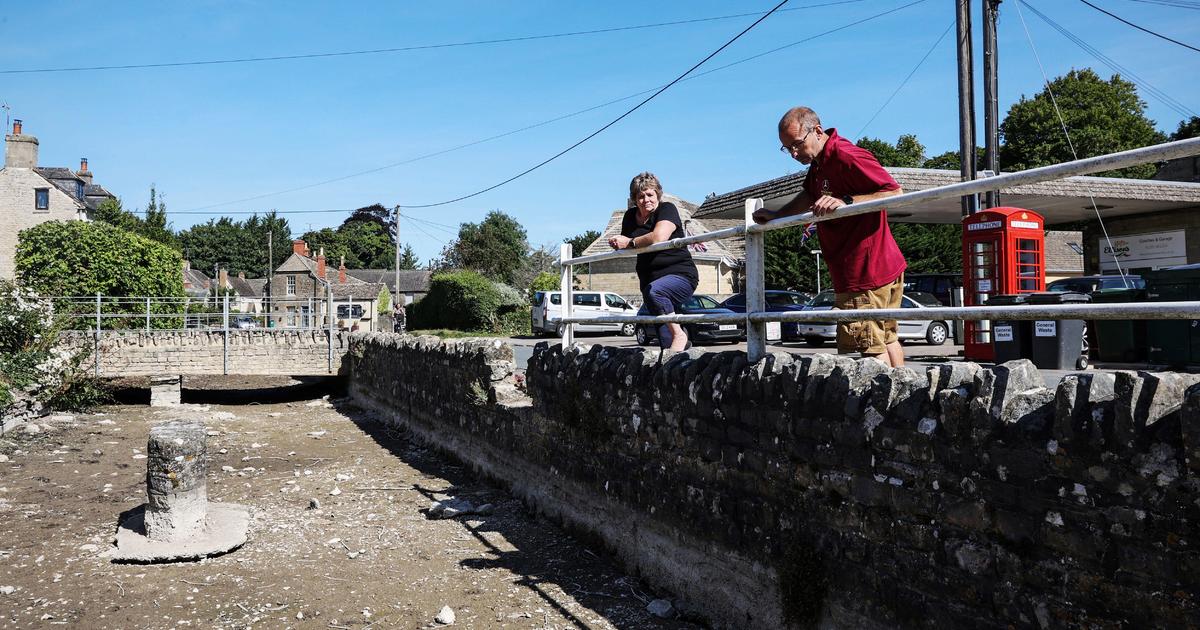 Britain is in the grip of an historic heat wave. With the mercury regularly reaching into the 80 and even the 90s this summer, it’s now officially the driest summer on record since the mid-1930’s. The sweltering conditions have left rivers and reservoirs do drop well below their normal water levels.

London’s mighty River Thames is not immune. For the fist time at least since 1976, the source of the iconic river, near the English village of Ashton Keynes about 90 miles west of the capital, has dried up.

Michael Sanders, a tourist from Northern England was shocked at what he saw when he passed the landmark on vacation.

“We started at Thames head at the start of today’s morning, and we haven’t found the Thames yet!” he told the French news agency AFP as he walked along the bone-dry riverbed. “As you can see, it is completely dried up all the way. The odd puddle, the odd muddy bit, no flow anywhere so far. So hopefully downstream we will find the Thames, but at the moment, it’s gone!”

Months without any significant rainfall at all in many parts of the U.K., combined with July’s record-breaking temperatures, have taken their toll.

Instead of the lush green meadows and the meandering stream that has for years marked the beginning of the Thames’ 215-mile journey east to the sea, there’s nothing but brown fields and the parched, cracked riverbed.

The Thames is still flowing through London, but its starting point has moved, significantly.

“Following the prolonged dry weather, the source of the Thames in Gloucestershire has dried up, with a weak flow now only just about discernible more than five miles downstream” Dr Rob Collins, director of policy and science at the Rivers Trust, told The Guardian newspaper.

With the weather forecasters seeing no end in sight to the atypical heat, and warning that the extreme temperatures could become more common during the summer months, there’s growing concern that the river may not return to its original source.

And that’s more than a nostalgic concern, as the Thames carries fresh water to millions of homes and businesses across the most densely populated swath of Britain as it flows out to sea.

“We haven’t seen it as dry and as empty as this, I don’t think,” Ashton Keynes resident Andrew Jack told the AFP. He didn’t share some of his fellow Britons’ enthusiasm for the changing weather patterns on the historically green and verdant isles.

“I think there are lots of English people who think, ‘Actually, great, let’s have some European weather!’ But actually, we shouldn’t. And it means that something has changed, and something has gone wrong that we are seeing both heat and dryness like this.”

“Personally, I am concerned that this is only going to get worse, and that the U.K. is going to have to adapt to hotter weather as we have more and more summers like this.”