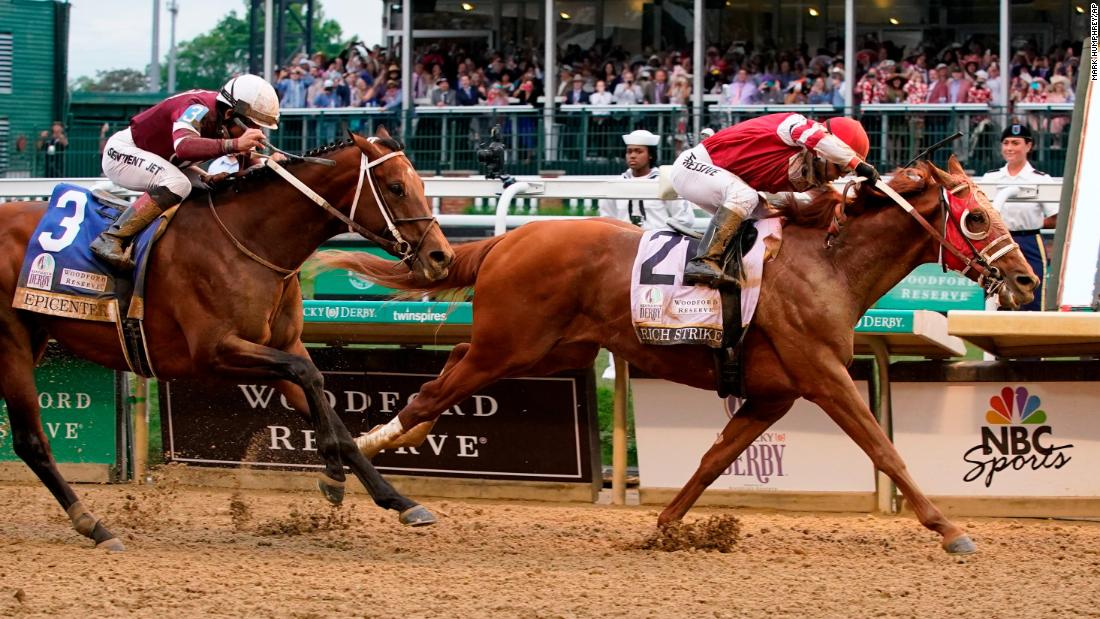 Thankfully the post time of 7:01 p.m. ET will not be at the peak heat of the day, but it will still be plenty hot.

Forecast temperature at the start of the race is 91 degrees. This will be a few degrees below the high temperature for the day which is forecast to reach 94 degrees — 18 degrees above normal.

The extreme heat means acclimation could be an issue. Heat early in the season affects people more because their bodies aren’t used to it yet, according to CNN’s weather team.

Kentucky Derby winner Rich Strike will not feature in Saturday’s race. The horse’s owner Rick Dawson said that while the race was tempting, it didn’t fit into their plans meaning there will be no winner of horse racing’s coveted Triple Crown this year, a feat that also includes the Belmont Stakes.

In Rich Strike’s absence, nine horses will line up to compete for the prestigious prize and all contenders will take inspiration from a shock result in this year’s Derby.

In February, he was suspended by the Kentucky Horse Racing Commission (KHRC) for 90 days after Medina Spirit’s victory at the 2021 Kentucky Derby was disqualified. The horse failed a drug test after crossing the finish line first at the Derby.

Baffert appealed the KHRC’s decision, but the Kentucky Court of Appeals denied his motion for emergency relief on April 1. His suspension started April 4.

The legendary trainer will not be allowed to participate at the Preakness due to Maryland’s “reciprocity” statute.

Rich Strike stunned almost everyone when it won the Derby at the longest odds of any other horse in the race — 80/1.

Runner-up on that day was Epicenter and the horse is back as the favorite for the middle jewel in the Triple Crown.

Epicenter’s trainer Steve Asmussen is the most successful in North American horse racing history and will want to make up for the Kentucky Derby disappointment.

Interestingly, Fenwick is considered the biggest outsider of this year’s Preakness Stakes — at 50/1 — but punters may well be tempted to back the race’s long-shot this time.

Fenwick’s trainer Kevin McKathan says he thinks his horse could be “special” and isn’t ruling out another surprise result against the more established names in the field.

“Everyone’s like, ‘This is a real sport for the rich and famous,'” McKathan said, per the Associated Press.

“But let me tell you what. You just end up with a good horse and you can beat ’em all.

Secret Oath and Early Voting are two other horses that, along with Epicenter, make up the list of favorites.

The Preakness Stakes will air in the US on NBC, the NBC website and its app.