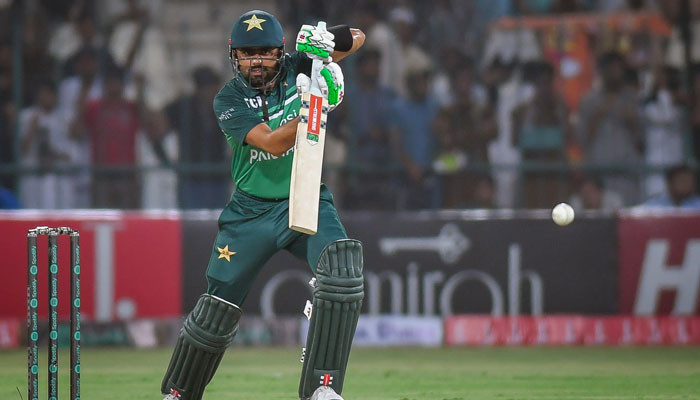 MULTAN: Pakistani skipper Babar Azam added another feather to his cap by surpassing former Indian skipper Virat Kohli to become the fastest to score 1,000 runs in the 50-over format as a captain.

Babar, who led Pakistan from the front in the opening ODI of three-match series against West Indies here on Wednesday, reached 1,000 runs after he scored a dominant century. The number one ODI batter in the world took just 13 innings to achieve the feat.

Also, Babar has now become the only batter to score three consecutive ODI centuries twice. Earlier, he achieved this feat during a match against West Indies in 2016 whereas this time, he made this record against West Indies followed by two 100s in the second and third home ODI back in April this year.

It must be noted here that Babar currently holds the number one position in ICC batters’ rankings for T20Is and ODIs.