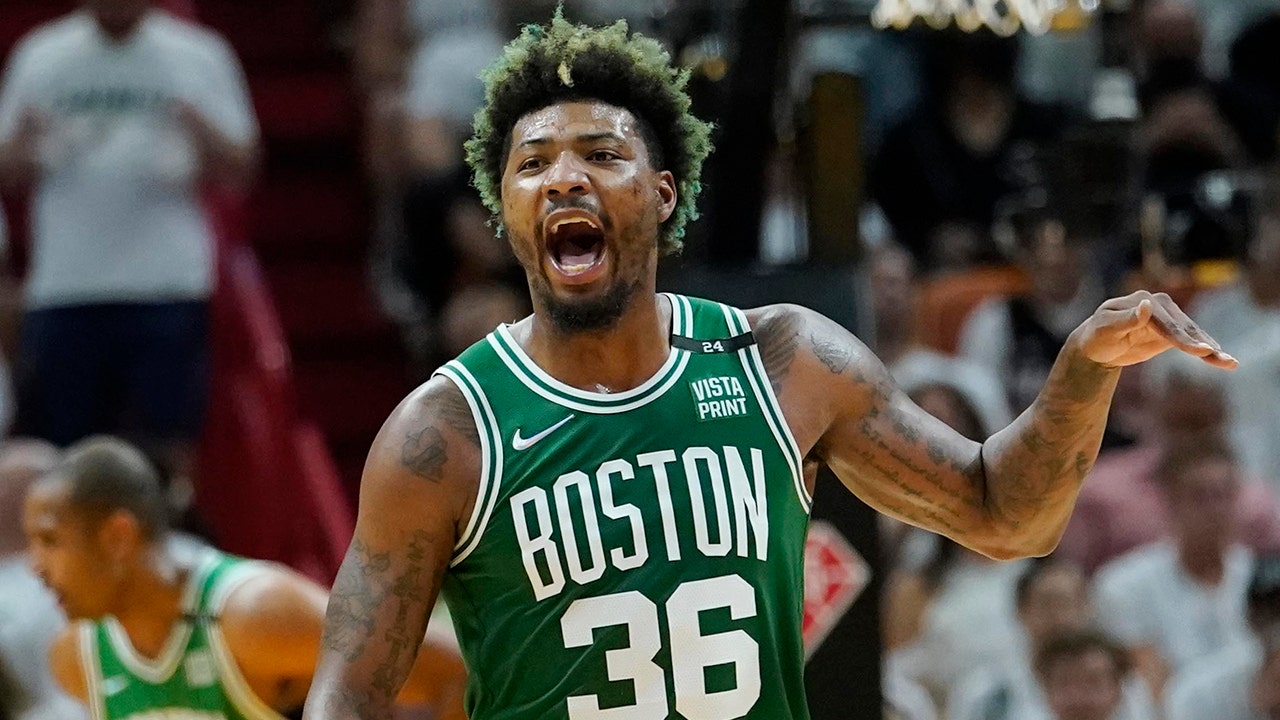 The Boston Celtics were back in the driver’s seat in Game 2 after a dud in Game 1 against the Miami Heat. Playing a major part in their win Thursday night was Marcus Smart.

Smart had 24 points after missing Game 1 with a foot injury. He was 8-for-22 from the floor and 5-for-12 from three-point range. He had 12 assists, nine rebounds and three steals as Boston demolished Miami 127-102.

“I was pumped,” Smart told ESPN’s Lisa Salters when he was asked how excited he was to get back onto the court after the foot injury. “I felt bad I couldn’t be out there with my teammates and go to battle with them. We’re playing against a really good Miami Heat team. It’s a blessing to be on the same court with them. We’re going to war but it’s tough not to be out there.

Boston Celtics guard Marcus Smart (36) gestures during the first half of Game 2 of the NBA basketball Eastern Conference finals playoff series against the Miami Heat, Thursday, May 19, 2022, in Miami.
(AP Photo/Lynne Sladky)

Al Horford also returned for Boston after missing Game 1 being in the NBA’s health and safety protocols. He had 10 points, three rebounds and three assists.

Jayson Tatum led the Celtics with 27 points, five rebounds and five assists. Jaylen Brown added 24 points of his own with eight rebounds and three assists.

Boston’s defense held down Miami’s shooting for the most part. The Heat shot 44% from the floor but only 29.4% from long range. The Heat also had 14 turnovers in the game.

Game 3 will be played back in Boston on Saturday. Smart said after the win Boston has to prep the same way they’ve been getting ready for Miami in the first two games.

“The same way we’ve been preparing,” he said. “We expect it. We got two physical teams. You got the No. 1 team and the No. 2 team going at it. It’s grind. We know what it’s going to take. We know they’re coming to our house and they’re trying to get a win and we got to protect home court.”