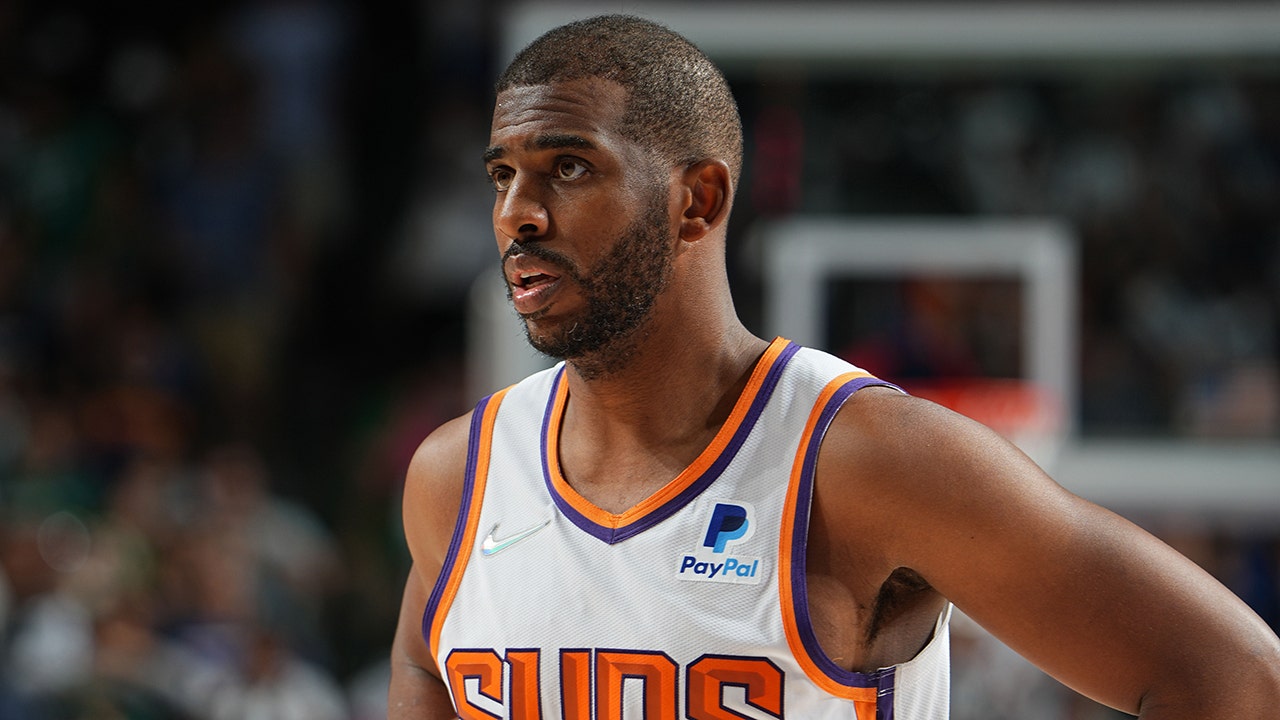 Smith said during TNT’s “Inside the NBA” that Robin Paul reached out to him to explain the incident that resulted in the ejection of two fans and prompted Chris Paul to personally address those involved.

Phoenix Suns forward Mikal Bridges (25) and guard Chris Paul, second from right, walk off the court after Game 4 of the Western Conference semifinals against the Dallas Mavericks May 8, 2022, in Dallas.
(AP Photo/Tony Gutierrez)

“She said, ‘No Kenny. The guy was inebriated, and he was trying to be funny by continually tapping me, saying Happy Mother’s Day.’ And she said, ‘Thank you, but don’t touch me,’” Smith explained of Robin Paul’s version of events.

“He continued to do that, and, in-between, he would scream out obscenities about the Suns. ‘F the Suns, F the Suns.’ And continually tap her. That’s when it escalated to that magnitude because I think then Jada, Chris’ wife, tried to go up and tell the security and the bar not to serve him anymore because he was inebriated. So that’s when it kept escalating more, he kept cussing.”

Chris Paul of the Phoenix Suns walks off the court after Game 5 of the Western Conference semifinals against the Dallas Mavericks at Footprint Center May 10, 2022, in Phoenix, Ariz.
(Christian Petersen/Getty Images)

The Mavericks announced Monday that the two fans ejected from the game would be banned from the arena until 2023.

“Two unruly fans attempted to give unwanted hugs and have conversations with members of the Paul family on the public concourse of American Airlines Center,” the Mavericks’ statement said. “The fans involved in the incident will not be allowed to return to the arena until 2023.”

Chris Paul of the Phoenix Suns during Game 6 of the Western Conference semifinals against the Dallas Mavericks May 12, 2022, at the American Airlines Center in Dallas.
(Glenn James/NBAE via Getty Images)

Chris Paul previously called out the league in a Tweet before the Mavs announcement, saying, “Wanna fine players for saying stuff to the fans but the fans can put they hands on our families….f— that!!”