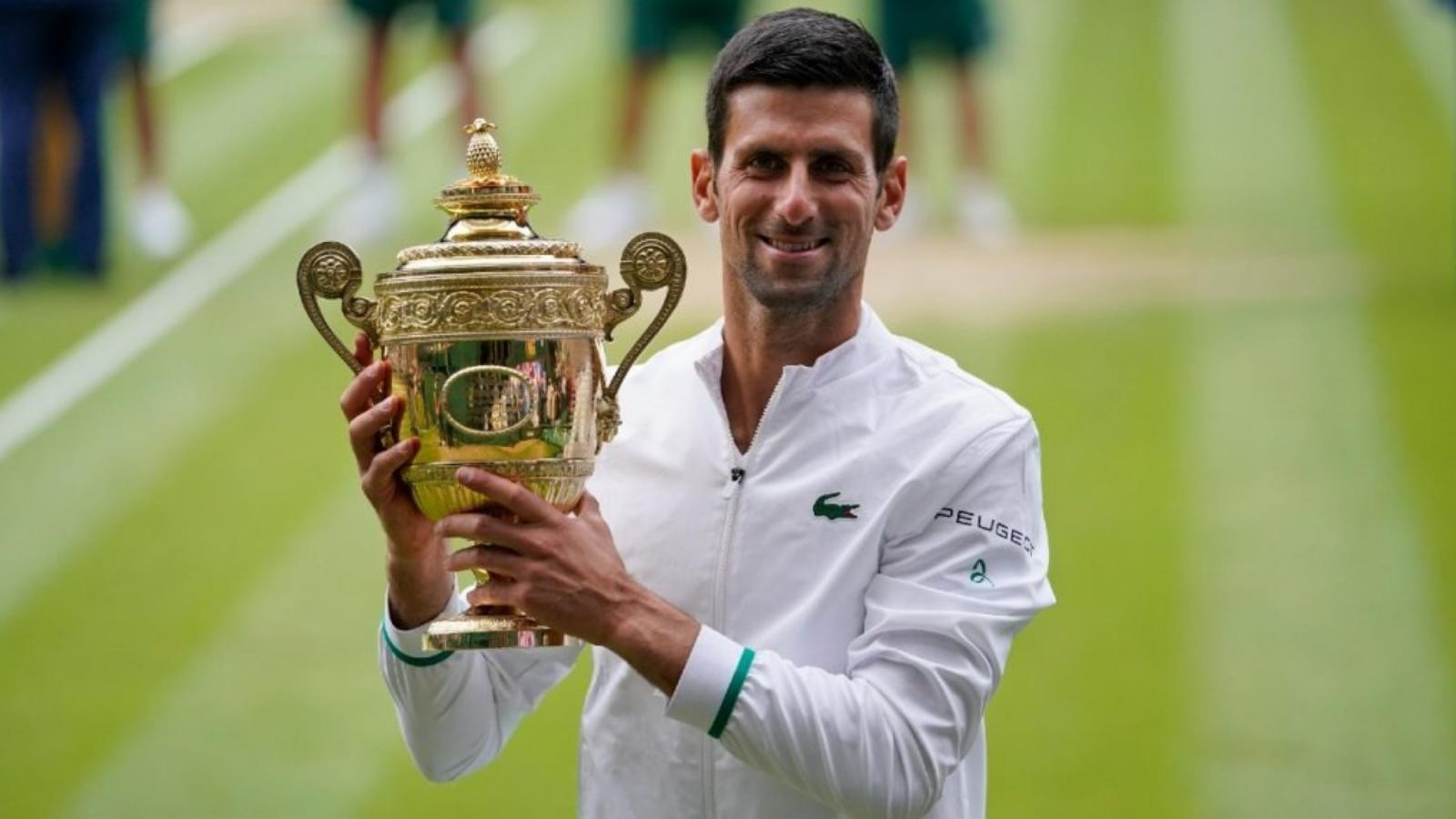 
The season has not panned out as Novak Djokovic would have envisaged back in January but the former world number one will hope to find redemption at Wimbledon as he looks to defend his crown and close in on Rafael Nadal’s 22 Grand Slam titles.

He was also on track for a rare calendar-year Grand Slam in 2021 after winning the first three majors, before losing to Russia’s Daniil Medvedev in the US Open final.

Any hopes of a repeat performance this season were quickly dashed with his high-profile detention and deportation ahead of the Australian Open in January due to his refusal to be vaccinated against Covid-19.

He then missed a string of US tournaments for the same reason and only got serious match practice once the claycourt season got under way in Europe. Winning in Rome was a much-needed confidence boost ahead of the French Open but he lost in the quarter-finals in Paris to subsequent winner Nadal.

Djokovic, the favourite for Wimbledon, has 20 Grand Slam titles to his name, as many as Roger Federer, while Nadal, who went on to win his 14th title at Roland Garros, moved two ahead of them.

Wimbledon has been extremely fertile hunting ground for Djokovic, who has won the title six times, second only to Federer (8) and Pete Sampras (7) for most wins there in the Open era.

The tournament has been stripped of any ranking points by the men’s ATP and women’s WTA after its organisers decided to ban Russian and Belarussian players from participating in the wake of Moscow’s invasion of Ukraine.

That will, however, matter little for Djokovic, even though he cannot defend the points he won there last year. Wimbledon could be his last Grand Slam of the year with the United States requiring visiting foreigners to be vaccinated against Covid-19.

With world number one Medvedev banned due to Russia’s ‘special operation’ in Ukraine, and second-ranked Alexander Zverev missing through injury, Djokovic will be the top seed when Wimbledon’s main draw starts next week.

Competition will come from Nadal and Greece’s Stefanos Tsitsipas but also from Italy’s Matteo Berrettini who has already claimed two titles on grass this month in Stuttgart and Queen’s.  Berrettini has now won 20 of his last 21 matches on grass, his only loss coming in last year’s Wimbledon final to Djokovic.

Ruling Djokovic out because of his tempestuous season so far should come with a risk warning, with the Serbian known for his resilience and mental strength, especially on the big occasions.

What remains to be seen is if he can turn his season around with victory at Wimbledon or if he will need to write it off altogether.