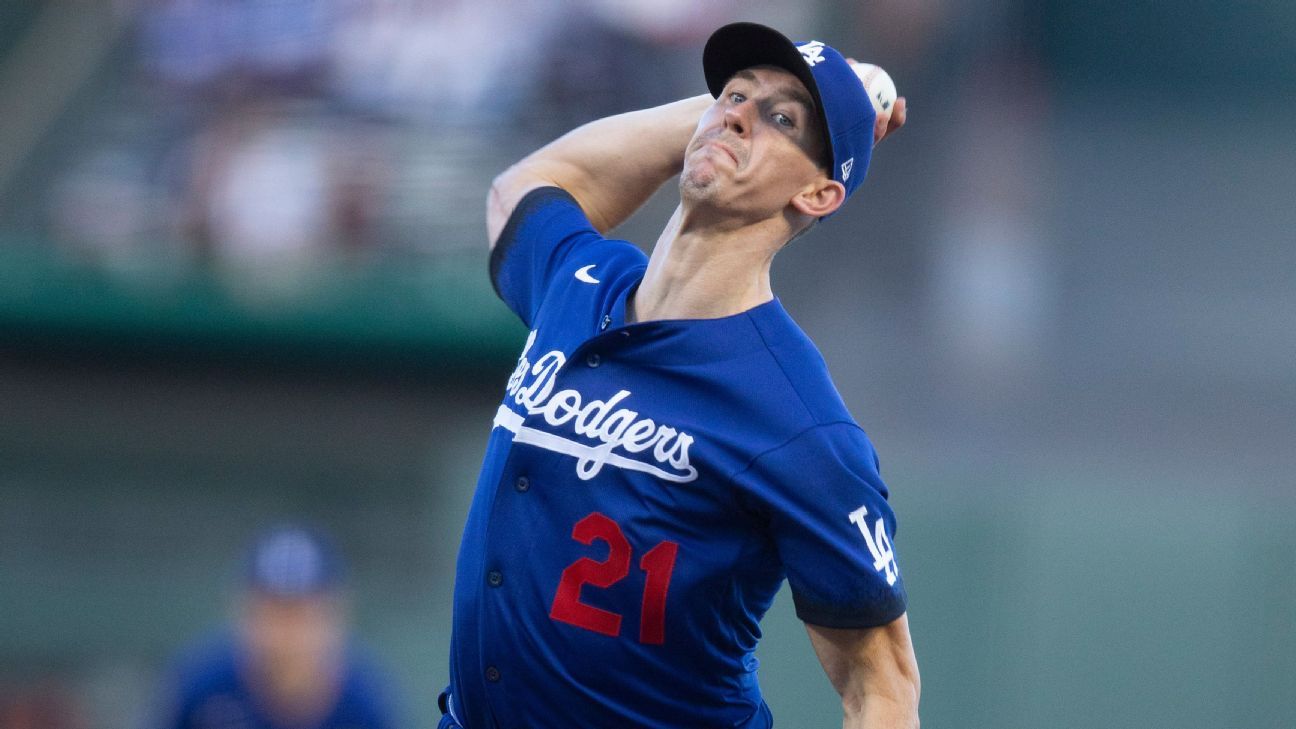 Buehler left Friday night’s start at San Francisco after four innings when his elbow began bothering him. After the game, Buehler said he’s dealt with occasional soreness in his elbow in recent years, and he expressed concern.

The 27-year-old underwent Tommy John surgery in 2015, shortly after Los Angeles selected him from Vanderbilt with the 24th overall pick in the amateur draft. A two-time All-Star, Buehler is 6-3 with a 4.02 ERA in 12 starts.

“He’s our Opening Day starter, so to lose him in any capacity is a blow,” manager Dave Roberts said. “Hopefully, we’ll get him back sooner than later.”

Left-hander Clayton Kershaw was activated from the 15-day IL to start against San Francisco after missing a month with a back injury. The Dodgers recalled right-hander Michael Grove from Triple-A Oklahoma City and optioned lefty Justin Bruihl to the Pacific Coast League team.