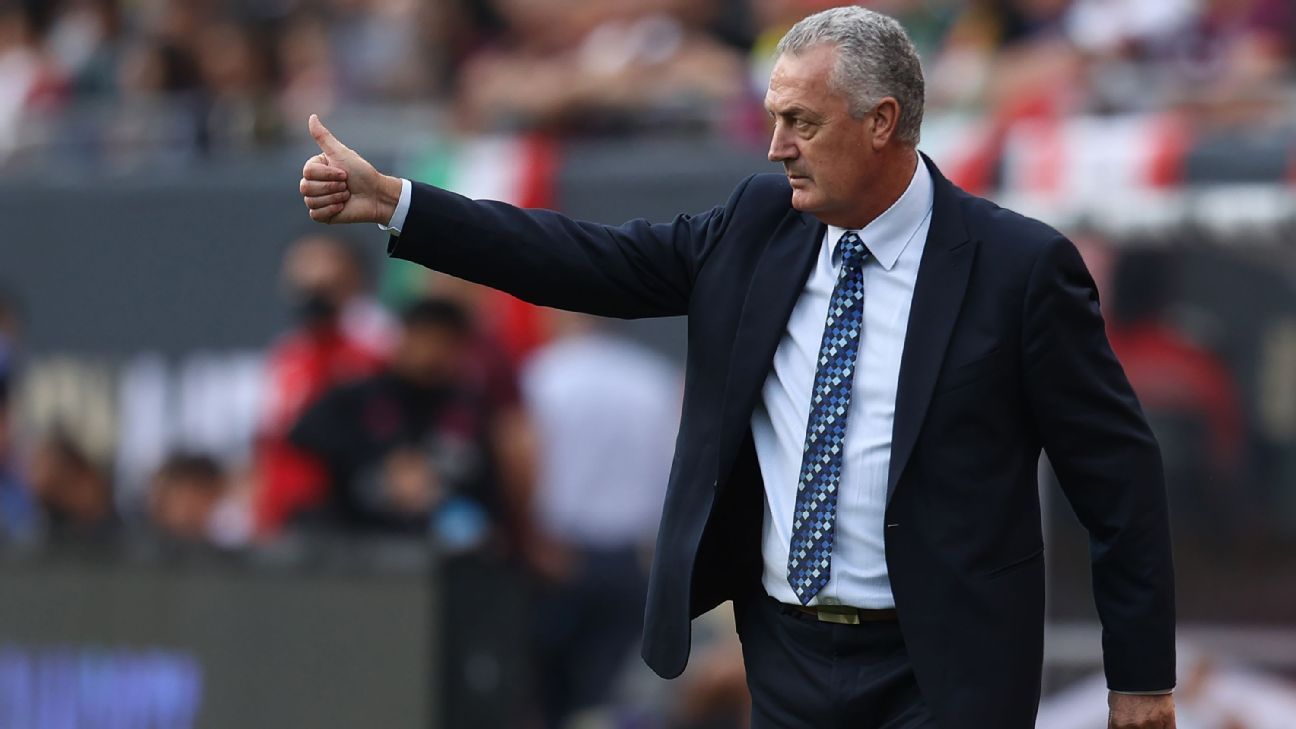 After a 1-0 win over Nigeria in New Jersey and a 0-0 draw with Mexico in Chicago, Ecuador concluded their mini-tour of the United States with another 1-0 victory over African opposition, this time Cape Verde Islands, in Fort Lauderdale.

The scorelines are narrow and unremarkable, and outside Ecuador and its U.S.-based community, not many will have taken much notice. But Ecuador’s coach, Gustavo Alfaro of Argentina, should be able to look back on these past 10 days with some pleasure — and no little relief.

– World Cup: Who has qualified and who is still in contention
– World Cup finals bracket and fixtures schedule

Alfaro’s team have collected three consecutive clean sheets, which is always good news for a coach, against one team bound for the World Cup and two more hand-picked to give some practice for an opponent like Senegal, who Ecuador are due to meet in Qatar.

These matches would seem to indicate that Brazil 2014 veteran Alexander Dominguez is the undisputed winner of the four-man fight to be first choice goalkeeper — one important decision taken.

Alfaro has also taken a look at a number of different players and systems. Against Cape Verde he went with his most attacking lineup. Usually there is space for one of two left-footed attacking midfielders — the subtle veteran Angel Mena or the powerful youngster Gonzalo Plata. This time they both played, along with Brighton’s talented Jeremy Sarmiento, whose quick feet were a highlight of the first half.

The happy-go-lucky nature of the team selection surely reflected the mood in the camp. Doubts had been hanging over Ecuador’s World Cup participation after Chile launched a protest to FIFA, alleging that Ecuador had fielded an ineligible player when they used right-back Byron Castillo multiple times. Chile’s claim is that the player has false documents for his age and also his nationality. If the points from the games in which he played were to be awarded to their opponents as 3-0 wins, then Ecuador would lose their World Cup space — and it would be taken by Chile.

On Friday, FIFA dismissed the Chilean claim. Chile say they will appeal, and they may take the case all the way to the Court of Arbitration for Sport. But at this stage it would be a major surprise if the verdict were to be reversed.

First, there are the implications of a change at this stage, with tickets and commercial packages sold. Second, there are the merits of the case. Chile have accumulated evidence that Castillo may have been born in Colombia but, in the moveable feast that is footballing nationality, its relevance is not clear.

Date of birth, for example, has no relevance to the World Cup, which is not an age-limited competition. And Castillo has demonstrably played his club career in Ecuador, over a period much longer than the five years’ residency which is a FIFA requirement. He is an Ecuadorian citizen, and has never represented Colombia at any level, let alone in a competitive match for the senior side — which would rule him out of appearing for anyone else if he did so over the age of 21. It is not clear, then, why Castillo should not be eligible to play for Ecuador, wherever he might have been born. Ecuador celebrated the FIFA decision by giving him his first start of this month’s friendly dates.

Chile, who in the last few days lost 2-0 to both South Korea and Tunisia, might be better advised to focus their efforts on matters closer to home. Ecuador, meanwhile, have their fourth World Cup to focus on, and they are confident that this might be their best yet.

In 2002 and 2014 they failed to get out of the group phase. In 2006, though, they overcame Poland and Costa Rica to set up a second round meeting with England, where they went down to a David Beckham free kick.

This time round their group is tough — Netherlands and hosts Qatar, as well as Senegal. But Ecuador have virtues of their own. Theirs is a young side, quick and physically strong. They can defend high and press, or drop deep and leave space for their counter-attack.

In his serious, low-profile way, coach Alfaro is doing a splendid job bringing them along. He was a late choice to take charge of the team, brought in shortly before the start of World Cup qualification after former coach Jordi Cruyff walked out. But he has proved an excellent fit, and his faith in Ecuador’s youngsters has been bold and refreshing. He has had a good few days, with a possible cloud being the injury suffered by Plata, one of those emerging youngsters, in the last few minutes of the match against Cape Verde.

Just over two months ago at the World Cup draw, Brazil coach Tite was telling anyone who would listen that Ecuador would be one of the surprises of the competition. In these penultimate FIFA dates before the competition, Alfaro’s team have been interesting rather than spectacular. But that is fine.

Alfaro says that his team are running on around half capacity, and even so, they are not conceding goals. And if they are not astounding anyone in June, that might just increase the size of the surprise in November and December.