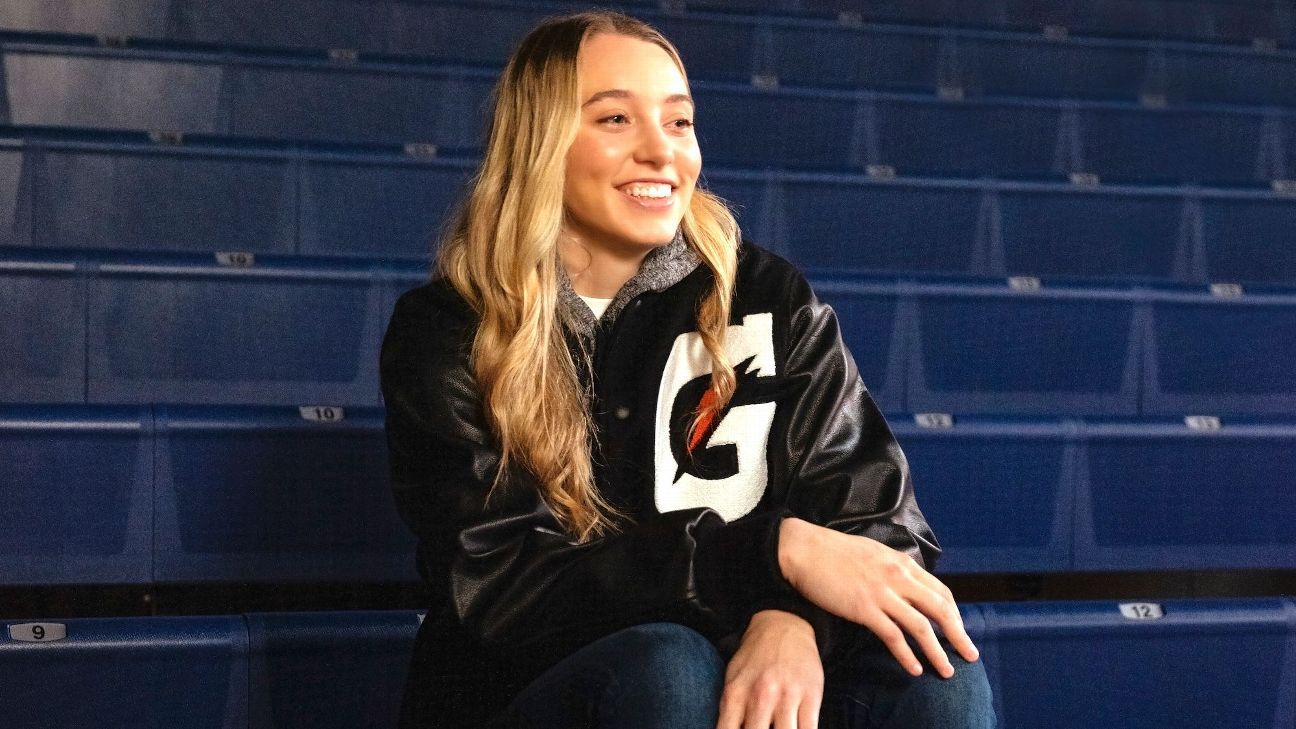 ATLANTA — It has not yet been a full year since legislation first took effect allowing college athletes to profit from their name, image and likeness (NIL), and we’ve already seen a public spat between national title-winning coaches accusing each other of illicit payments to players, reports of a recruit landing an $8 million NIL deal before playing a single college snap and message-board furor over possible NIL inducements used to lure the reigning Biletnikoff Award winner into the transfer portal.

At Miami, the NCAA is curious about NIL deals offered by a big-name booster. Ohio State coach Ryan Day suggested the school needed $13 million in NIL funding to maintain its roster. On and on, the ripple effects of last year’s landmark shift on NIL has created chaos around college athletics.

But inside the College Football Hall of Fame this week, hundreds of college athletes met with corporate executives, influencers and startups for an NIL Summit that felt like a respite from the controversies. Here, Meta talked about investing in college athletes as the next generation of content creators, former WWE star Paul Levesque — aka Triple H — announced partnerships with current college athletes across myriad sports who might one day be the next breakout pro wrestlers, and SEC football stars, like Will Levis, exchanged NIL advice with Division III women’s basketball players.

Indeed, the three days of the NIL Summit offered a different window into what’s happening on college campuses now immersed in the world of name, image and likeness, and much of the feedback garnered from ESPN’s conversations with more than a dozen athletes, lawyers, agents and entrepreneurs stood in stark contrast to the bulk of the recent headlines.

Here’s some of what we learned.

Lots of athletes have value.

The biggest stars in college sports are clearly cashing in on NIL deals, but this week’s event shed light on the value of lesser-known athletes across all sports and divisions, too. Meta, for example, was eager to talk with athletes about how best to use its social media apps, like Facebook and Instagram, to build their brands. Why? Meta sees these athletes as content creators who drive engagement — particularly with a young and often hard-to-reach audience that is the key to Meta’s long-term growth. The deals with, say, a Division III soccer player aren’t for much, but get a few thousand athletes participating and the audience reach can be vast.

WWE, on the other hand, is less interested in casting a wide net to attract more engagement but instead is betting that at least one or two of these small bets will pay out big down the road when a lesser-known college athlete blossoms into the next Roman Reigns or The Rock.

Many of the athletes who attended the NIL Summit had inked dozens of NIL deals — some with national brands, like Degree or Gatorade, but often with small, local companies.

Yes, there are other NIL deals that look far more like pay for play, and while the athletes who spoke with ESPN didn’t suggest that was ultimately a bad thing, they routinely offered frustration that more controversial or high-profile NIL deals dominated the talking points when so many lesser-known athletes were having success in the way NIL rules were initially intended.

It’s hard to know what market value is.

That there is value in these deals — for both companies and athletes — appeared obvious. What was far less clear was just how much value is being created. There is no centralized database of NIL deals, and while most contracts will filter through a school’s compliance department, others — the ones that hedge far closer to pay-for-play — might not. Many of the athletes who spoke to ESPN said they’ve honed their pricing strategies through trial and error, and knowledge on what constitutes a fair market rate appears to be virtually nonexistent.

The one constant refrain on money, however, was that much of what has been reported in the media is widely out of step with reality. Yes, some athletes have found deals into seven figures, but that’s incredibly rare. The median return for a social media post, for example, might be as little as $20, while even big-name athletes with large followings rarely land deals in excess of $20,000.

The past year has brought its fair share of impressive-sounding news releases touting new NIL departments at schools across the country, but the reality is, few of these programs are providing the help athletes need.

Nearly every athlete who spoke with ESPN at this week’s summit said the bulk of their NIL deals came from cold-calling businesses or old-fashioned hustling. Many were either unaware of the tools their schools might have available or found those facilities failed to offer fundamental tools like advice on contract law, financial planning, networking opportunities or basic life skills. Several attendees said they’d heard from athletes who didn’t even know how to open a checking account to deposit NIL checks.

While some schools have clearly made NIL a priority, others are handicapped by state laws restricting their ability to assist athletes while still more simply lack the appropriate resources to help, often staffing NIL departments with unqualified labor or adding NIL duties to the job responsibilities of already overworked sports information or compliance department staff.

This seems like an area ripe for change, however. Competition in the NIL space will force schools to adapt — whether they want to or not. In an ideal world, that process will include athletes as partners in developing support systems.

In the interim, many of the athletes ESPN spoke with at the summit were interested in supporting teammates and players at other schools, including setting up their own businesses for NIL training and education.

Collectives aren’t all bad — but some are.

While the NIL Summit largely focused on traditional branding and marketing, it was impossible to ignore the emergence of collectives — groups of boosters and fans who contribute to a fund aimed at providing NIL opportunities to athletes. Collectives have come under scrutiny due to a lack of regulation and near-constant rumors of inducements to recruits and transfers or pay-for-play deals offered to incumbent players.

While no one seemed eager to deny the potential hazards that come with collectives, several agents and attorneys involved in the NIL space said collectives run the gamut from well-run, athlete-focused and financially stable to essentially shell corporations with dubious interest in supporting players.

For the most part, however, they suggested collectives are well-intentioned, if not always particularly helpful. Collectives hoping to serve as a one-stop shop for all things NIL might struggle to provide adequate expertise, making it possible athletes ink bad deals, sign away long-term likeness rights or get bad legal advice simply because they trusted the collective to do a job its employees weren’t qualified to do.

We are in a transition period.

Another common refrain from many of the NIL Summit’s attendees was a reminder that this is all still new. For all the “what comes next” questions, there were very few answers. NIL has undoubtedly moved college sports away from traditional amateurism, but it’s still unclear whether it’s also a big step toward a pro model. While some experts theorized unionization and collective bargaining was the ultimate end point, few athletes seem to have given this much thought, and several attorneys and agents said the path to unionization would be incredibly difficult, suggesting instead that a group licensing model could be a better fit.

While school presidents and administrators have begged for federal NIL oversight, few in attendance in Atlanta believed that was forthcoming after a recent effort from Greg Sankey and George Kliavkoff to engage Congress resulted in no serious movement.

More likely, said several sources, was litigation that would more clearly define a framework for the marketplace. What happens when an athlete who unwittingly signed over NIL rights to a collective wants out of that contract? What happens when a company decides an athlete hasn’t performed well enough to warrant payment? What happens when the IRS comes calling because they’re not sure why a sports collective needs nonprofit status? The results of potential lawsuits might end up defining what NIL looks like down the road.