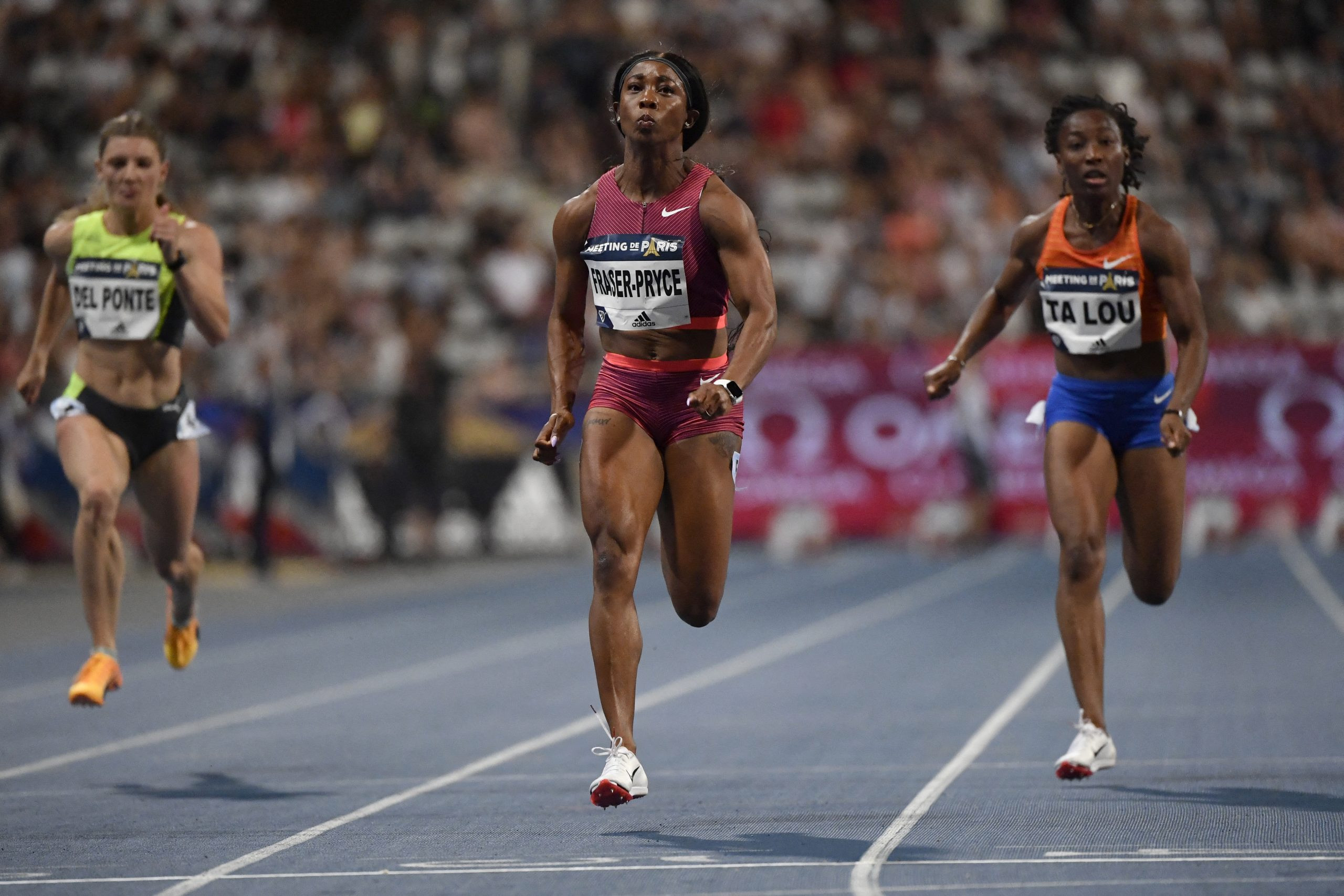 
Shelly-Ann Fraser-Pryce hammered home her status as world championship favourite on Saturday by equalling her world best time this year to win the 100m at the Paris Diamond League meeting.

The veteran Jamaican sprinter triumphed in 10.67sec, shrugging off the crushing 30-degree heat at the city’s Charlety stadium.

A two-time Olympic champion over 100m, the 35-year-old Fraser-Pryce equalled the 2022 best time she set in Nairobi in May.

Both will meet next week at the Jamaican trials.

“I feel very good, technically it was very good. The goal is always to be on top technically, then the lap times follow,” said Fraser-Pryce.

“Physically I was good too. Running 10.6, only a few sprinters can achieve that,” she added.

Fraser-Pryce has already qualified for the 100m in Eugene as she is the defending champion.

However, she said she has “not decided yet” on whether she will attempt the sprint double in Oregon.

“We’ll see if I’m ready to do it physically and mentally,” she had said on Friday.

After racing to 10.05 seconds over the 100m in Oslo on Thursday, Andre De Grasse returned to his favoured 200m in the French capital.

But the Canadian Olympic gold medallist was only fourth on Saturday in a race won by Luxolo Adams of South Africa in 19.82sec.

Ukraine’s Yaroslava Mahuchikh, silver medallist at the 2019 world championships and bronze medal winner at the 2020 Olympics, won the high jump with a season-best 2.01m.

Mahuchikh won on her second attempt, improving on her previous season-leading 2.0m at the Eugene Diamond League meet.

She tried and failed three times at 2.05m, a centimetre above her career best.

Mahuchikh topped an all-Ukraine podium in the event ahead of Iryna Gerashchenko (1.98m) and Yuliya Levchenko (1.95m).

There was also a season best in the 3,000m steeplechase for Bahrain’s Winfred Mutile Yavi.

The 22-year-old won in a time of 8min 56.55sec, making her the fourth best performer in the history of the discipline.