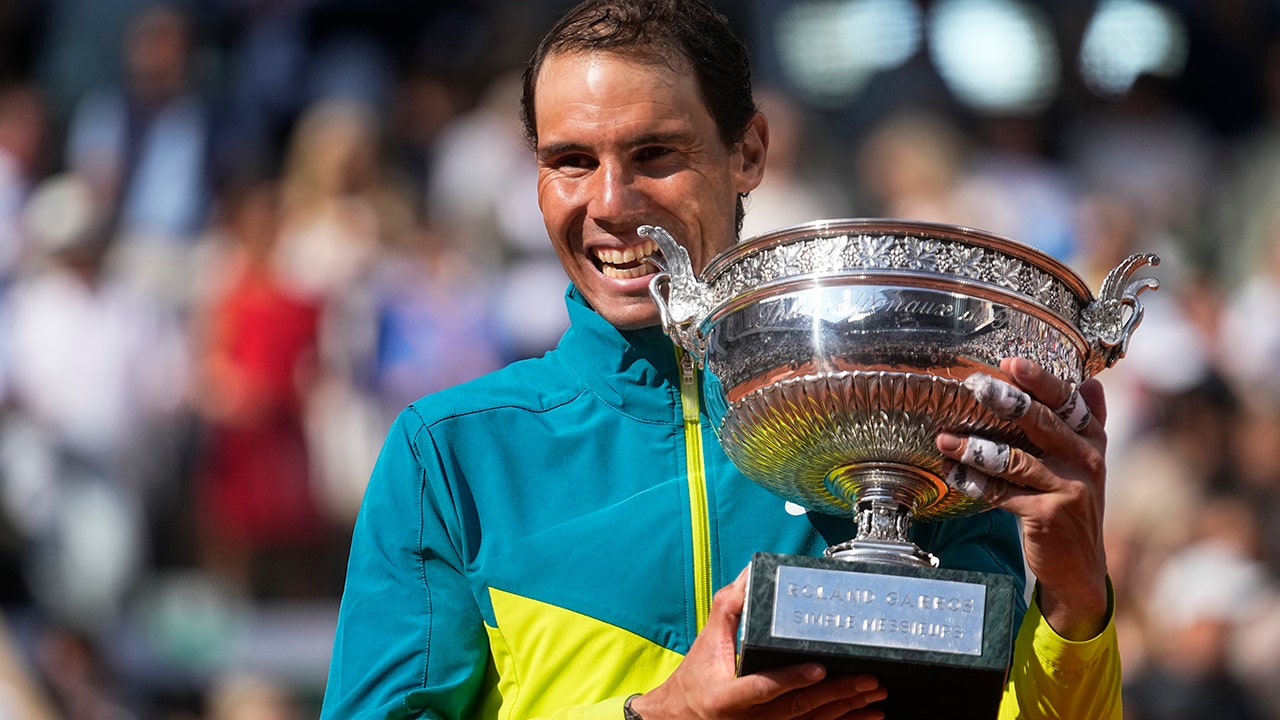 Even at 36 years old with injuries, Rafael Nadal remains the king of clay.

Nadal defeated Norway’s Casper Ruud in straight sets on Sunday to win his 14th French Open championship and his 22nd major title overall. Nadal had Ruud’s number in the first set, had to come back in the second and completely dominated in the final set to win 6-3, 6-3, 6-0.

Nadal’s 22 Grand Slam title is the most in the men’s division in the Open Era. Roger Federer and Novak Djokovic each had 20. Pete Sampras is third on the list for 14. Overall, Nadal has as many Grand Slam titles as Steffi Graf who had 22 during her career. Margaret Court has 24 and Serena Williams has 23.

He has 82 consecutive wins on clay – the single longest streak on any surface in the Open Era.

The crowd at Roland Garros was shouting “Rafa!” as he took the mic in Paris to address the victory. Nadal said he was “happy” for Ruud’s accomplishment of making it to the finals.

Nadal came into the tournament as the fifth seed. He defeated Jordan Thompson, Corentin Moutet, Botic van de Zandschulp, Felix Auger-Aliassime, Djokovic and Alexander Zverev before getting to Ruud.

Nadal told the crowd he planned on trying to play as long as he can. He had been battling foot problems in the warm-up tournaments leading up to the French Open.

“I don’t know what can happen in the future, but I’m going to keep fighting to try and keep going. So, many thanks,” Nadal said.

He’s now won five of the last six French Open tournaments. He lost to Djokovic in the semifinals in 2021.

Nadal also won the Australian Open in January. It’s unclear whether he will try to play at Wimbledon or rest up for the U.S. Open.