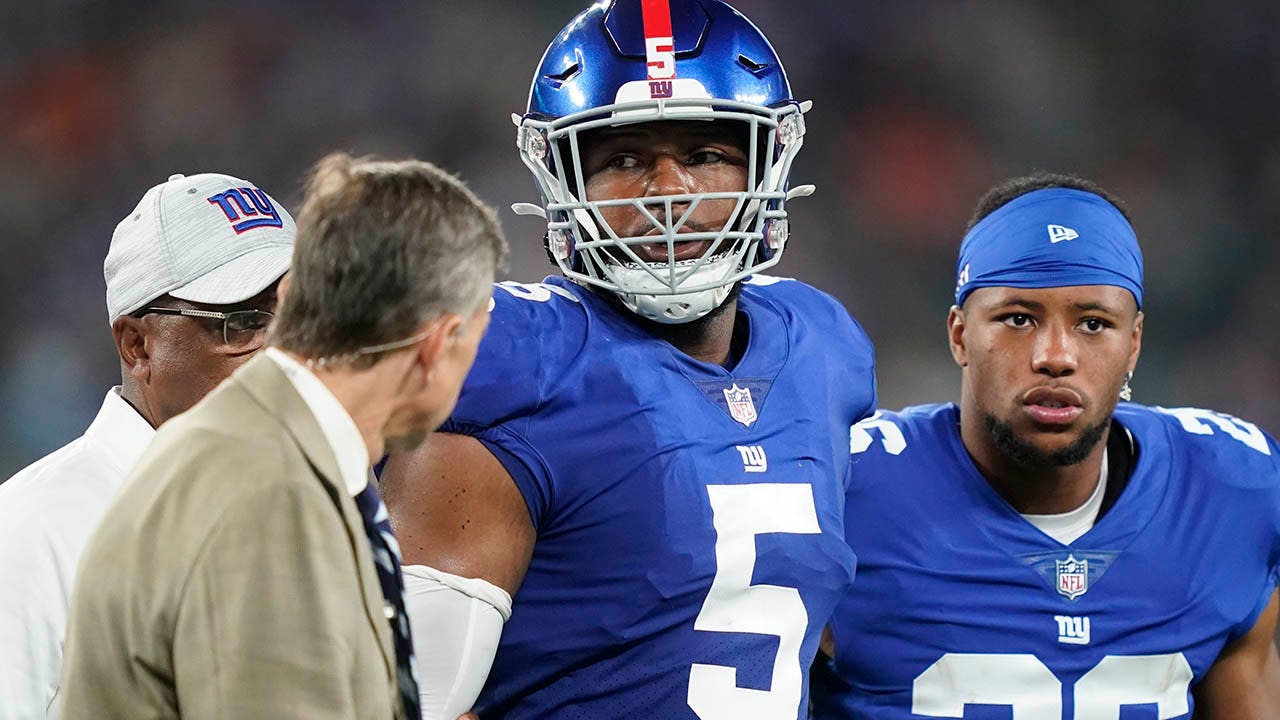 New York Giants fans could breathe a sigh of relief on Sunday night after rookie pass-rusher Kayvon Thibodeaux appeared to be OK after he left a preseason game with an apparent knee injury.

The Giants’ No. 5 overall draft pick suffered the injury early in the game against the Cincinnati Bengals. He took a block low to the right knee by Bengals tight end Thaddeus Moss. He was on the ground holding his knee before a car came onto the field to take him to the locker room.

However, he got up and walked over to the medical tent and later was taken to the locker room. He did not return to the game.

Thibodeaux briefly spoke to the media afterward. He said he received good news.

Trainers check on New York Giants defensive end Kayvon Thibodeaux after he was injured during the first half of a preseason NFL football game against the Cincinnati Bengals, Sunday, Aug. 21, 2022, in East Rutherford, N.J.
(AP Photo/John Minchillo)

Giants coach Brian Daboll said he would elaborate on the extent of the injury at training camp Monday.

Thibodeaux was selected out of Oregon back in April.

New York Giants’ Saquon Barkley, #26, checks on Kayvon Thibodeaux, #5, as he is helped off the field after getting hurt during the first half of a preseason NFL football game against the Cincinnati Bengals, Sunday, Aug. 21, 2022, in East Rutherford, N.J.
(AP Photo/John Minchillo)

In 10 games during his final season with the Ducks, he had 49 total tackles, including 12 for a loss and seven sacks. He was a consensus All-American in 2021 and the 2019 Pac-12 Defensive Freshman of the Year.