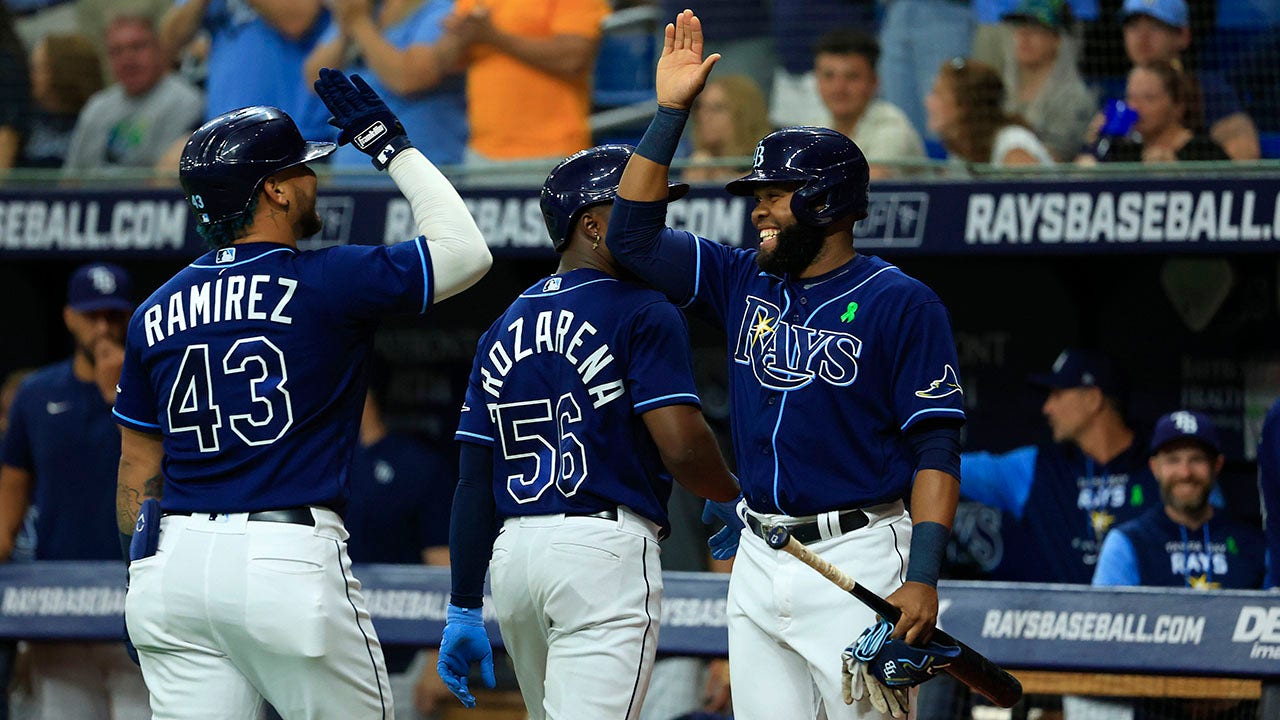 DeSantis’s decision is in response to the Rays politicizing recent shootings in Buffalo and Uvalde ahead of a matchup with the Yankees in May.

Florida Gov. Ron DeSantis speaks during a press conference at the University of Miami Health System Don Soffer Clinical Research Center on May 17, 2022 in Miami, Florida. The governor held the press conference to announce that the state of Florida would be providing $100 million for Florida’s cancer research centers, after he signs the state budget into law.
(Photo by Joe Raedle/Getty Images)

Here’s what the Rays posted before the start of the game:

The decision follows DeSantis’ response to Disney earlier this year. In April, DeSantis revoked Disney’s special tax and self-governing privileges after the company injected itself into the debate over a Florida parental rights law, inaccurately dubbed as “Don’t Say Gay.”

DeSantis is giving a voice to the people who do not want their sports and children’s companies on the front lines of the cultural divide.

Harold Ramirez #43 of the Tampa Bay Rays is congratulated after hitting a two run home run in the first inning during a game against the Miami Marlins at Tropicana Field on May 25, 2022 in St Petersburg, Florida.
(Photo by Mike Ehrmann/Getty Image)

Florida residents had called for DeSantis to veto the spending anyway, saying that Floridians’ tax dollars should not help fund a facility for a professional sports team.

The Florida Senate has argued against this case, by listing the proposal as a “Sports Training and Youth Tournament Complex” and not mentioning the Rays. However, the Tampa Bay Times first reported the money would mostly help cover a new facility for the Rays.

Kevin Kiermaier #39 of the Tampa Bay Rays is congratulated after scoring a run by manager Kevin Cash #16 in the first inning during a game against the Miami Marlins at Tropicana Field on May 25, 2022 in St Petersburg, Florida.
(Photo by Mike Ehrmann/Getty Images)