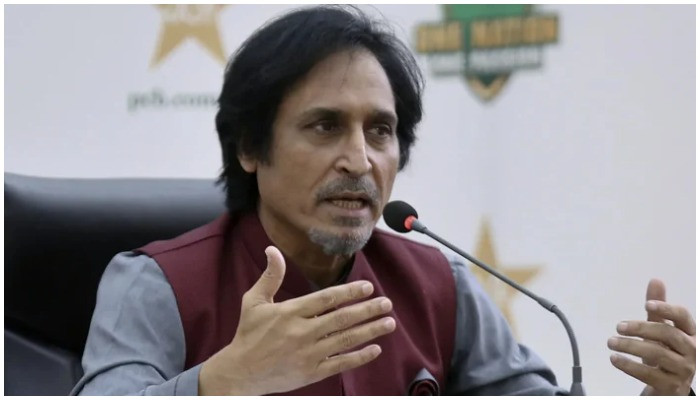 LAHORE: Senior PML-N leader Rana Mashood has said that the incumbent government will replace Pakistan Cricket Board (PCB) Chairman Ramiz Raja in a few weeks or as soon as the matters of greater importance get resolved, The News reported Thursday.

Mashood, who is a former provincial sports minister, has asked Ramiz to  “gracefully” step down from the post. Ramiz Raja had been appointed by the then prime minister Imran Khan after Ehsan Mani’s tenure ended in August 2021.

While speaking during a media talk, Mashood said that Ramiz should have resigned as the PCB chairman the moment PTI government was ousted.

“I don’t see any future for Raja in Pakistan cricket.” Mashood said, adding that the government hasn’t been able to take an immediate decision in this regard due to other “important and pressing issues”.

Mashood — who is a key member of Punjab government — also hinted at the revival of departmental sports and also announced the initiation of sports endowment fund.

“Department of Sports is being revived to provide employment to the players,” he maintained.

Last month Ramiz claimed that he was asked by the government to continue working as PCB chairman.

“I am not going anywhere. The newly elected government has directed me to keep working,” Ramiz had told.

It must be noted that multiple sources in the recent past have claimed that Najam Sethi will soon replace Raja as the PCB chief due to the former’s close ties with Sharif.

The former PCB Chairman Sethi stepped down in 2018 when Imran was sworn in as the prime minister. He was appointed on a three-year term in 2017, however his sour relationship with Khan resulted in his early exit.

Other than Sethi, the names of Shakil Sheikh, former PCB chairman Zaka Ashraf and former Lahore region president Khawaja Nadeem are also doing the round to be the chairman of the PCB.