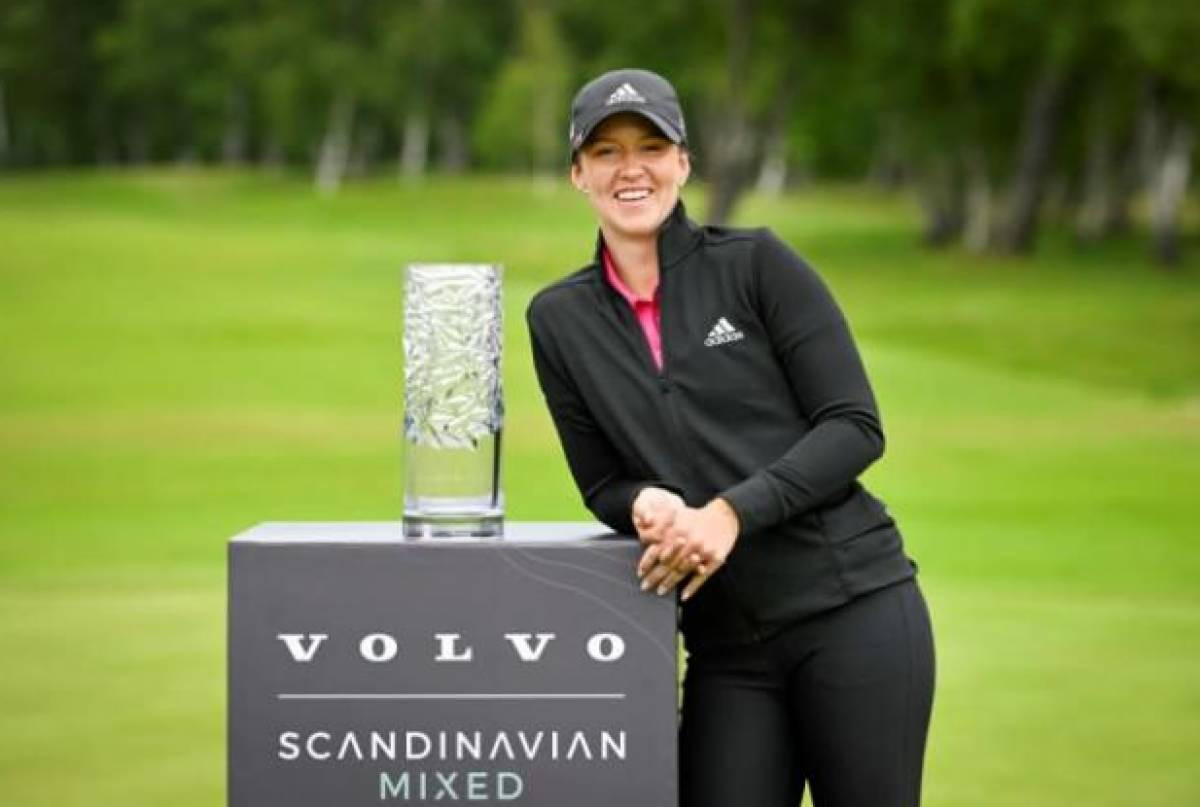 
Sweden’s Linn Grant made history on Sunday when she became the first female winner of a European men’s tour event with a nine-shot triumph at the Scandinavian Mixed.

The tournament, featuring men from the DP World Tour circuit and women from the Ladies European Tour (LET) all playing the same course, saw the 22-year-old Swede claim her third title in just six starts this season.

“I just hope that people recognise women’s golf, more sponsors go to the LET and hopefully this pumps up the women’s game a little bit more,” she said.

Grant did not put a foot wrong at Halmstad Golf Club, stretching her overnight lead from two shots to seven with five birdies in the first six holes.

She kept her card clean with three successive pars despite pouring rain before making another birdie on the tenth.

Grant picked up further shots at the 11th and 14th to get to 24 under par and win by the biggest margin on the DP World Tour – the rebranded European Tour – so far this season.

“It’s huge. Just playing at home and having the crowds here, my family by my side, boyfriend on the bag – it’s crazy and I’m proud of myself,” Grant told europeantour.com.

“Pontus (Grant’s caddie and boyfriend) has been amazing, keeping me calm and doing everything right. The crowds are, like always, amazing. Swedish crowds!”

When asked if she particularly wanted to beat the men this week, Grant said: “For sure – the most important thing!

“It’s a nice feeling. All week I just felt like it’s the girls against the guys and whoever picks up that trophy represents the field.”

Henrik Stenson, the 2016 British Open champion, finished in a tie for second on 15 under alongside Marc Warren.

Tournament co-host Annika Sorenstam hailed Grant, who was born in Helsingsborg where her grandfather settled after leaving Scotland.

“What a performance. I’m so excited and so happy for Linn,” 10-time women’s major champion Sorenstam told Sky Sports.

“She has played very well, running away from the field, but it has been nice to see her play really solid golf. This golf course is not as she has made it seem.

“This shows that we can play against each other in a fair competition. I hope we can use this and people see the quality of women’s golf – Linn couldn’t prove it any other way.”