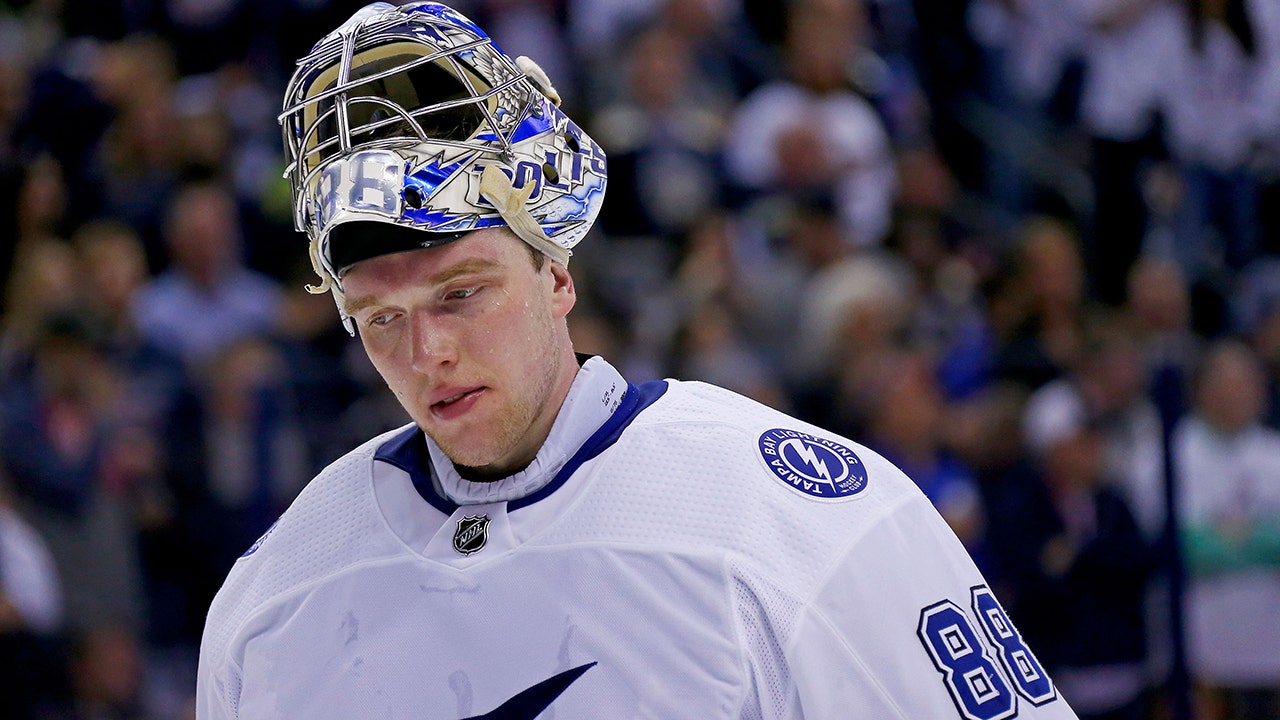 Former NHL coach John Tortorella is taking some credit for the Tampa Bay Lightning’s recent stretch of success in the Stanley Cup playoffs.

The Lightning entered Game 5 of the Eastern Conference final against the New York Rangers after being down 2-0 in the series and tying things up with the Rangers Tuesday.

The Lightning have won two straight Stanley Cup championships and are looking for a third.

Pierre-Luc Dubois (18) of the Columbus Blue Jackets and David Savard (58) of the Columbus Blue Jackets celebrate with goaltender Sergei Bobrovsky (72) after defeating the Tampa Bay Lightning in Game 4 of the first round of the NHL’s Eastern Conference playoffs April 16, 2019, at Nationwide Arena in Columbus, Ohio.
(Jamie Sabau/NHLI via Getty Images)

In 2019, Tortorella was the coach of the Columbus Blue Jackets when they upset Tampa Bay with a stunning sweep in the playoffs. Tampa Bay had finished with a franchise-record 128 points that season.

Tampa Bay got revenge on the Blue Jackets the following year.

“We created a monster,” Tortorella told The Athletic.

Since then, Tampa Bay has won 10 consecutive playoff series.

Andrei Vasilevskiy (88) of the Tampa Bay Lightning keeps loose during a stoppage in play in Game 4 of the Eastern Conference first round of the 2019 NHL Stanley Cup Playoffs April 16, 2019, at Nationwide Arena in Columbus, Ohio.
(Kirk Irwin/Getty Images)

RANGERS MAY HAVE CONFLICT SHOULD LIGHTNING SERIES GO SEVEN GAMES

“Sometimes you’ve got to eat it, and when you eat it, you might still be stubborn and not want to change anything. They ate it and realized they had to change and play a little differently. They changed some personnel. It’s a true credit to their organization that was willing to swallow a little bit and say, ‘You know, we’ve got to change.'”

Tortorella said the difference between the 2019 playoff team and this year’s team is mindset.

Coach John Tortorella of the Columbus Blue Jackets talks to the media after Game 4 of an Eastern Conference first round series during the 2019 NHL Stanley Cup Playoffs April 16, 2019, at Nationwide Arena in Columbus, Ohio. Columbus defeated Tampa Bay 7-3 to win the series 4-0.
(Jamie Sabau/NHLI via Getty Images)

The Lightning are two wins away from returning to the Stanley Cup Final.