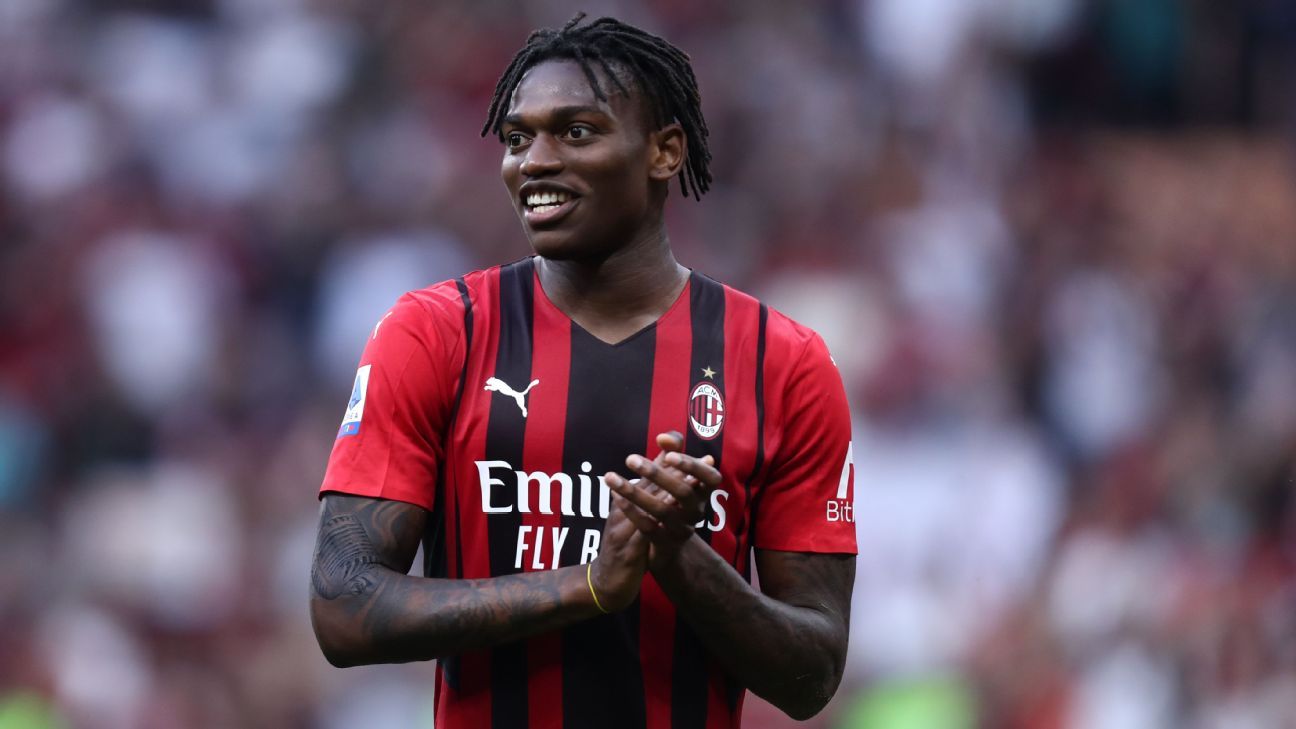 AC Milan star Rafael Leao has been attracting attention from some of the biggest clubs across Europe recently, but the latest indicates that Manchester City now plan to join the race for his signature.

That’s according to Foot Mercato, who reveal that Pep Guardiola’s side see the 22-year-old forward as a potential replacement for Raheem Sterling.

Leao was involved in a number of important goals for the Rossoneri last season, with 19 total goal contributions across 34 games in the Serie A title winning campaign. That has seen him linked with Real Madrid, with Gazzetta dello Sport reporting last week that the Santiago Bernabeu hierarchy were prepared to part ways with €120 million to secure the Portugal international’s services.

But with Man City and Paris Saint-Germain keeping tabs on Leao, a transfer battle could soon be triggered if an official approach is made from either one of the three European giants keen to land one of Milan’s best prospects.

09.24 BST: Newcastle United have announced the appointment of Dan Ashworth as their new sporting director.

Ashworth, is finally able to join the Magpies and head up their transfer operations after he resigned as Brighton & Hove Albion’s technical director in February and was put on gardening leave.

The 51-year-old had previously worked as the English FA’s technical director for six years, during which time the national team reached the FIFA World Cup semifinals and won three tournaments at various youth levels.

With Eddie Howe securing a mid-table finish last term the manager, the club’s Saudi-backed owners and Ashworth will now make plans for this summer’s transfer window.

08.41 BST: Inter Milan CEO Giuseppe Marotta says he is hopeful Paulo Dybala will play for them next season.

Dybala, 28, was not offered a contract extension at Juventus and will leave the Turin giants after seven campaigns at the club. The Argentina international is a target of top European clubs.

“I don’t know where he will play next season,” Marotta said. “But the hope is that he can play for us.”

Dybala scored nine goals and set up five more in 26 league appearances for Juve this past season.

08.00 BST: Striker Robert Lewandowski says that his Bayern Munich career is over and that he could not imagine staying on with the German champions.

“One thing is certain today — my story with Bayern is over. After everything that has happened in recent months, I cannot imagine further good cooperation,” Lewandowski said on Monday during a news conference on international duty with Poland. “I realise a transfer will be the best solution for both sides.”

Bayern sports director Hasan Salihamidzic said earlier this month that Lewandowski informed the club’s boss that he wanted to leave, confirming reports the Bundesliga’s second-highest career scorer could be on his way out despite having a contract until 2023.

“Yes, Lewandowski is an option,” Xavi told a news conference earlier this month. “He has already said he wants to leave, there are negotiations, but he still has a contract at his club. It won’t be easy, being Bayern, but it’s an option.”

– Bayern Munich are leading the race for RB Leipzig star Konrad Laimer, writes Fabrizio Romano. The Bundesliga champions are reported to have already placed a bid in the region of €20m for his services, but the latest indicates that Leipzig are reluctant to part ways with the 25-year-old midfielder who was a standout performer for them last season.

– Wolfsburg are interested in acquiring AC Milan forward Ante Rebic, according to Calciomercato. The 28-year-old has recently been linked with an exit from the San Siro, having scored just two goals in 24 appearances across the Rossoneri’s Serie A title-winning season. Having coached him before, it is reported that Wolfsburg manager Nico Kovac would like to welcome Rebic back to the Bundesliga.

– Barcelona are set to part ways with their B team captain Arnau Comas, writes Sport. The 22-year-old defender has been at the club for 12 years, and after not being able to find a path to Xavi Hernandez’s first team, he has decided to move on in search of regular first team football. It is reported that he has a number of offers already from teams in Spain, as well as a number of teams across Europe.

– Manchester City look to have decided their next plans after signing Erling Haaland, with a double swoop planned for Marc Cucurella and Kalvin Phillips, reports the Mirror. Pep Guardiola is looking to acquire the two Premier League stars this summer, with 26-year-old Leeds United midfielder Phillips understood to be available for around £50m. For Cucurella, 23, Brighton are believed to be looking for around £30m for the left wing-back who enjoyed an impressive campaign at the Amex Stadium last season.