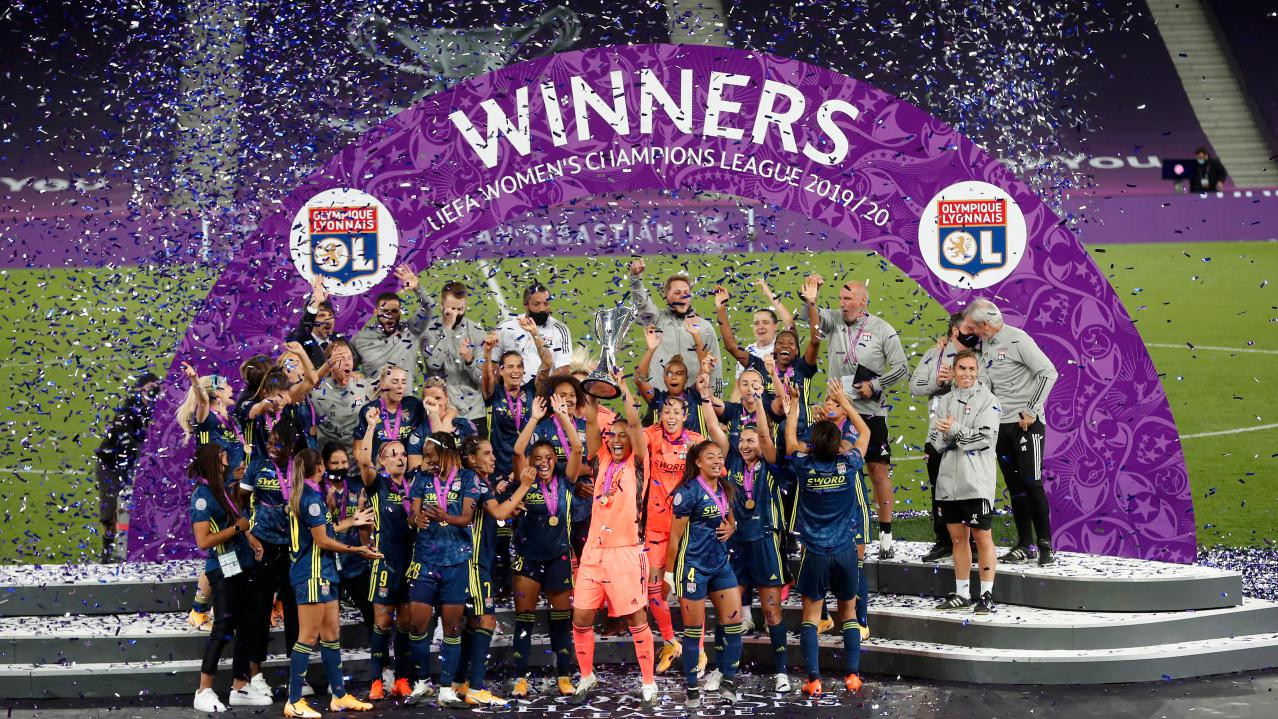 
Lyon won the Women’s Champions League on Saturday after beating Barcelona 3-1 to be crowned queens of Europe for a record-extending eighth time.

First-half goals from Amandine Henry, Ada Hegerberg, and Catarina Macario were enough to take the title from pre-match holders Barca, who pulled one back through captain Alexia Putellas just before half-time.

The expectation was high among Barca fans, who descended in large numbers on the Allianz Stadium in Turin to watch a team who have been tipped to end Lyon’s dominance of the women’s game in Europe.

However, they couldn’t come back from going three goals down in the first 33 minutes.

“I’m super happy to have scored because it helped us settle in to the match. It will remain engraved in my memory,” said Henry after her blockbuster finish.

“I’m not used to scoring but this will give me even more confidence and more desire to keep playing.”

The damage was done in a whirlwind opening period in which Lyon showed their European pedigree and for large tracts steamrollered Barca.

Henry opened the scoring in the sixth minute with a beautiful strike which came out of nowhere, the France icon picking up the ball way out before letting off a rocket which Sandra Panos could only grasp at in vain.

From there Lyon kicked into gear and Hegerberg had her 59th goal in 60 Champions League appearances in the 23rd minute when she calmly nodded in Selma Bacha’s cross from close range.

Ten minutes later Barca’s heads were spinning after a baffling defensive mix-up left Macario with a tap-in to make it three from almost on the goal line.

Barca looked dead and buried but Ballon d’Or holder Putellas dragged her team back into it four minutes before the break when she saved Caroline Graham Hansen’s miscued cross by lashing home a low first-time finish.

Patricia Guijarro thought she had cut the deficit to just one in the most spectacular way possible when she launched an audacious shot from just after the half-way line which crashed back out from the underside of the bar.

From there Barca were the better team but lacked the killer touch, with Ana-Maria Crnogorcevic volleying a great chance wide with seven minutes remaining highlighting a wastefulness which in the end cost them their European crown.