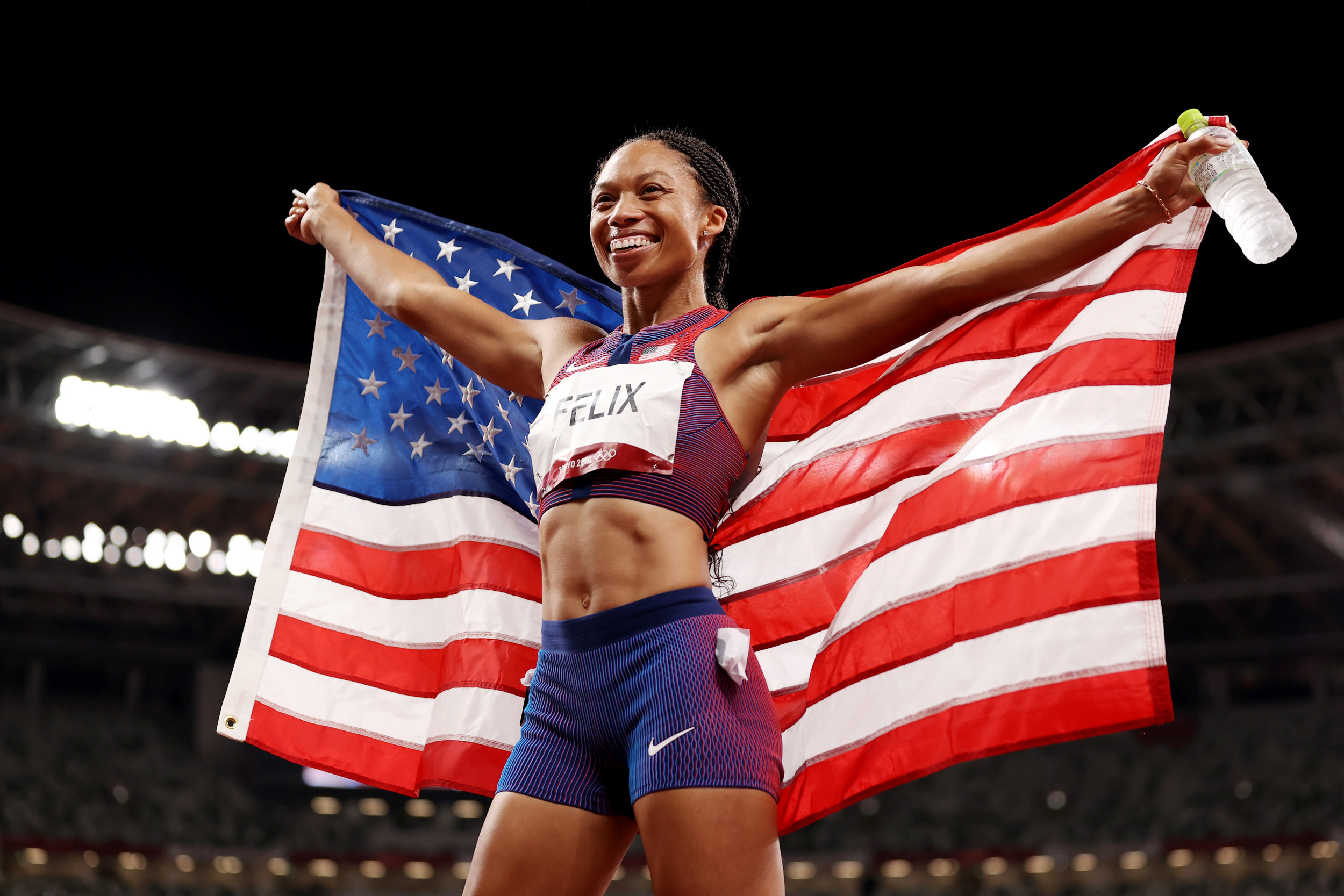 
US athletics great Allyson Felix said Monday she had “no regrets” about her medal-studded sports career which she expects to wind up after this season.

“I’ve had so many ups and downs along the way but I can’t imagine my life without it,” the sprinter told reporters on the eve of the Golden Spike meet in the eastern Czech city of Ostrava.

“There’s always things that I wish I could have done better or differently but when I look back I have no regrets,” added the 36-year-old, who announced her retirement last month.

“I think everything happens for a reason and it has made me the person I am.”

Asked what the sport has given her, Felix said: “A lot of lessons like dealing with defeats and overcoming and so many lifelong friends.”

“I feel like the sport has given me a life I never could have dreamt of.”

With 11 Olympic medals, the first from Athens in 2004 and the last from Tokyo last year, Felix is the most decorated woman in the history of Olympic athletics.

She is also the most decorated athlete, male or female, in the history of the World Championships, having won 18 medals.

This year, the United States will host the World Championships for the first time ever, and Felix is ready to compete there one last time.

“I’m so excited, it’s been such a long time and so we’ll finally see it come to the States,” she said of the event hosted by Eugene, Oregon in July.

“I will compete at US trials (in June) and I’ll have my final showing there as well,” she said, adding however that she had modest expectations from the Worlds.

“I’ve looked at it and I’m possibly looking towards a relay or something like that,” she said.

Felix will run 200 metres at Ostrava but will hardly attack her personal best of 21.69 seconds from 2012, the seventh fastest time ever.

“I’m looking forward to just getting a bit sharper and getting another race under my belt,” said Felix.

Announcing her retirement, she vowed to enjoy her last season above all – a “completely different approach” to the sport, she said..

“I’ve only come at this sport in one way so it’s been a bit challenging to try and look at it as just having fun all the time,” she added.

“But I’m still a competitor at heart so I’m still pushing myself as well.”

When she quits, Felix is hoping to spend more time with her daughter Camryn born in 2018, to continue advocating for female athletes, and to go on running her Saysh footwear company with her brother.

“I’m really excited for the next chapter,” she said.