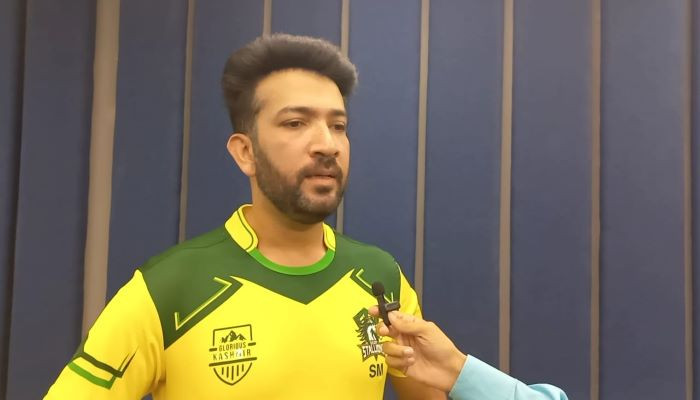 He believes that the reason for the green shirts’ consistent defeat against India in World Cup matches is because the Pakistani team became “overexcited”.

“However, in the recent past, our team has started treating Indo-Pak matches normally and it has improved our performance too,” he said.

Maqsood, who represented Pakistan in 29 ODIs and 26 T20s, is playing for Bagh Stallions in the second edition of the Kashmir Premier League. He has played three matches against India in his career so far.

Speaking exclusively to Geo News, he expressed his concerns over individual performances in international cricket. “A couple of international matches over a professional career of two decades does not justify my abilities. I was dropped from the national team multiple times due to injuries. I made several comebacks and am still eager to represent Pakistan,” he said.

While expressing his thoughts over the batting order, Maqsood said playing at different batting numbers does affect one’s performance. “I scored around 2,000 runs in domestic cricket before my comeback, but unfortunately played two innings at number three and was later dropped to number five in the batting order,” he said.

He shared that he has heard that the Pakistan Cricket Board (PCB) selection committee is considering selecting players at the same batting number they performed in during domestic cricket, saying that this is “a good plan”.

Maqsood was dropped from the T20 World Cup 2021 squad due to a back injury.

“It was sad to make a comeback after five years but I was later dropped from an ICC event due to an injury. However I have now completely recovered. Batting at an unusual number just to play for Pakistan will be an injustice. My focus is completely on KPL and so I am not thinking about the World Cup right now,” he said.

Maqsood played 79 first-class matches but has not featured in red ball cricket since the last two domestic seasons.

“The bio-secure bubble was the reason why I left red ball cricket. It was difficult for me to stay away from my family. I don’t see a future for myself in test cricket, so it’s better to free the slot for a deserving youngster,” he said.

On coaching, captaincy and KPL

“He [Andy Flower] kept his players mentally relaxed. Andy never criticised. In fact, he encouraged his players despite failures which became a major reason for the success of Multan Sultans,” Maqsood said.

He also feels one should always welcome the responsibility of captaincy. “I strongly believe one should never make a wish to become captain but should also never decline if captaincy is offered.”

While talking about KPL season 2, Maqsood said that that last year, despite COVID-19 restrictions, a healthy crowd visited the Muzaffarabad Cricket Stadium. “It has one of the best crowds of the world,” he commented.

Maqsood will be captaining the Bagh Stallions in season 2 of the KPL.