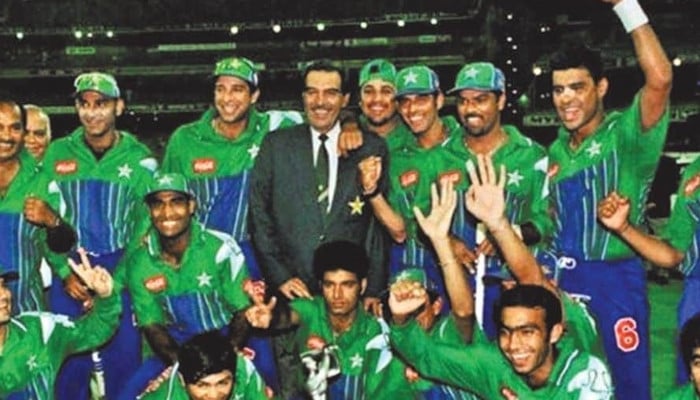 MULTAN: Pakistan has hosted West Indies for overall 26 matches at home since 1980 and the two countries have a rich history of playing international cricket against each other.

After 2006, Pakistan is going to host West Indies for the first time in One-Day Internationals (ODIs) on home soil. The two teams will take on each other in three ICC World Cup Super League matches on June 8, 10, and 12, respectively.

Before we see records tumbling at the iconic Multan Cricket Stadium, let’s have a look at the centuries count from the ODI cricket series between the green shirts and the men in maroon in Pakistan.

Anwar remained not-out for 108 runs off 129 balls, including 13 boundaries in the fourth ODI in Lahore. The green shirts chased down 216 runs to win that ODI by eight wickets.

In 1987, the then West Indies’ ODI team captain, Richie Richardson scored a century against Pakistan in Karachi. He scored 110 runs off 135 balls laced with eight boundaries and two maximums.

Shivnarine Chanderpaul and Marlon Samuels are the two other batters who scored centuries against Pakistan in their home conditions. Chanderpaul achieved the feat in Karachi in 2006 when he smashed 101 off 142 balls, smoking eight boundaries.

The same year, Samuels also scored a century off 99 balls, including 17 boundaries and a six.

Overall, three West Indian batters had scored a century in a bilateral series in Pakistan whereas only one Pakistani had this honour.