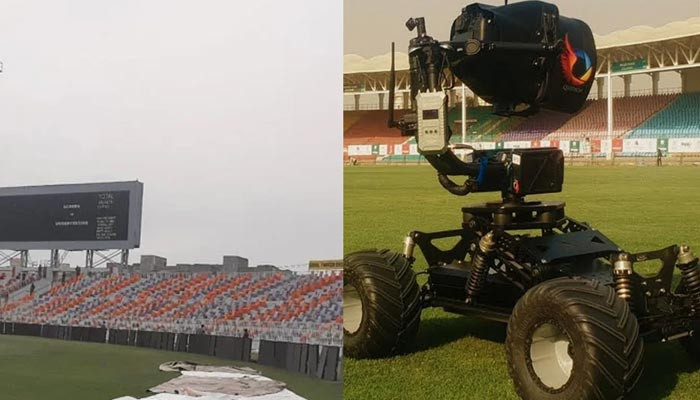 KARACHI: The three-match one-day internationals (ODI) series against West Indies in Multan from June 8 to 12 will neither have digital screens nor a buggy camera.

Sources privy to the matter said that the buggy camera and the digital screens have been eliminated in the production set-up from the last historic home tour of Australia.

The digital screens on the boundary were installed for the first time in Pakistan when the Australian team toured the country after 23 years.

The Buggy camera was also used for exclusive coverage throughout the tour. However, the ODI series, which is part of the ICC World Cup Super League, will be without these technologies.

The production crew will start reaching the venue on June 5. Local people in the production company, who are busy in producing live coverage of ongoing Pakistan Women vs Sri Lanka women here at Southend Club, will reach the venue by June 6.

It must be noted here that international cricket is returning to Multan after 14 years. The last time, Pakistan played an ODI against Bangladesh at Multan Cricket Stadium on April 16, 2008.