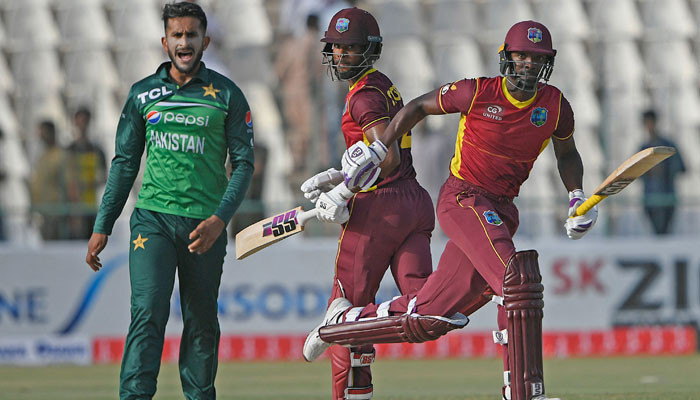 Shai Hope’s 134-ball 127 guided West Indies to set a 306-run target for Pakistan in the first ODI being played at the Multan Cricket Stadium.

West Indies had opted to bat first after winning the toss against the hosts in the first ODI of the three-match series.

West Indies lost opener Kyle Mayers in the third over with just nine runs on the board. However, a 154-run partnership between Shai Hope and Shamarh Brooks helped stabilised the West Indies.

However, a stunning catch from Shadab Khan off Mohammad Nawaz’s bowling broke the partnership. From then on, cameos from Nicholas Pooran, Rovman Powell and Romario Shephard helped the Wes Indies end their innings at 305/8.

For Pakistan Haris Rauf was the pick of the bowlers with four wickets, Shaheen Shah Afridi bagged two while Mohammad Nawaz and Shadab Khan grabbed one wicket a piece.

The three-match series is part of the Super League cycle, and both teams are eager to earn the necessary points to qualify for the 2023 World Cup.