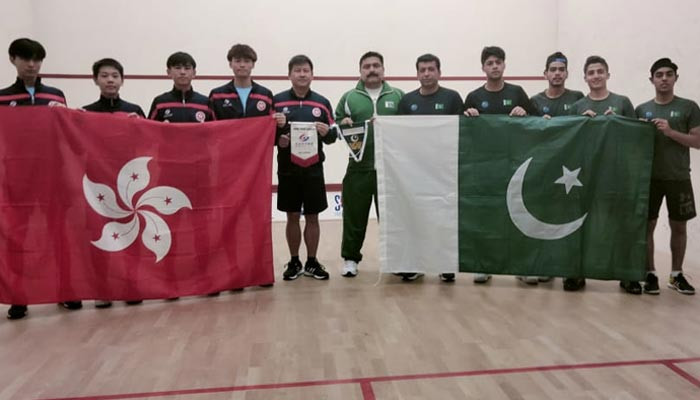 KARACHI: Pakistan has qualified for the knock-out stage of the World Junior Team Squash Championship after finishing on top of Group C with three wins in three games.

After beating Guyana on day one of the championship, Pakistan overpowered the Netherlands and Hong Kong on day two of the group stage to qualify for the next round.

Pakistan played two games on Thursday, first against the Netherlands and then against Hong Kong and clean swept their opponents in both games.

In the last tie of Pakistan vs Netherlands game, Hamza Khan downed Samuel Gerrits with scores of 11-9, 11-5 and 11-6.

After a comprehensive win over the Netherlands, Pakistan was up against Hong Kong where Pakistani boys continued their momentum as all three — Hamza, Ashab and Noor Zaman — defeated their opponents easily.

Hamza though lost the first game of his tie against Jat Tse but made a quick comeback to win the next three to complete a win of 4-11, 11-6, 11-9 and 11-4 to help Pakistan finish on top of the group.

The knock-out stage of the championship will start on Friday while the final is scheduled to be played on August 21.