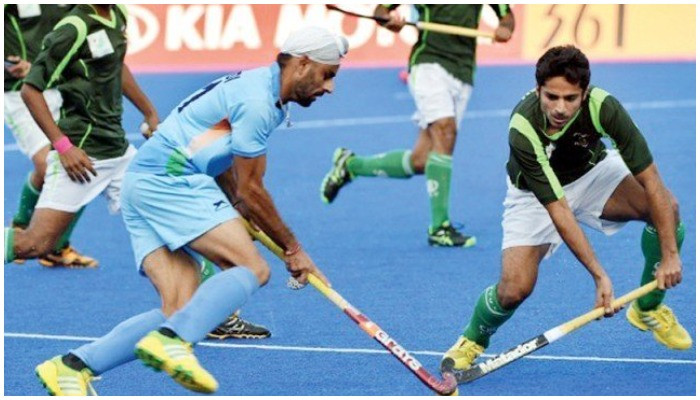 KARACHI: Pakistan is set to take on arch-rivals India in a group A match as the 11th season of the Men’s Hockey Asia Cup starts today (Monday) in Jakarta, Indonesia, The News reported.

Meanwhile, Oman and Malaysia will also clash during the action-packed day today after the former’s success of their Asian Games Qualifier in Thailand, and Asian Champions Trophy champions, Korea, will play Bangladesh in the Pool B matches. Moreover, the Asian Games defending champions Japan will face hosts Indonesia.

Pakistan hockey team manager Khawaja Junaid said that the Green Shirts will play with their eyes on participation in the World Cup.

“We will not come under pressure of any team. Our players won’t think about the high ranking of other teams or their experience of international hockey,” he said.

Junaid said that both India and Japan are strong teams and have the services of experienced players, but Pakistan coach Siegfried Aikman has trained the players according to the strengths of rival teams.

“Our players will go all out against India and Japan and try their best level efforts to surprise them and secure a berth in the World Cup,” he said.

India have named a young team under the leadership of vastly experienced Birendra Lakra and vice-captain SV Sunil. Star performer at the Tokyo Olympic Games, Simranjeet Singh makes a comeback after a long injury lay-off. The team will be guided by two-time Olympian and former captain Sardar Singh as their coach.

Sunil said, “No team can be taken lightly. Everyone is here to earn a place in the World Cup next year and as defending champions, our focus will be on putting up our best show.”

Lakra said: “Both the teams are young. For us, it is important to go match by match. If the performance is good results will definitely come. If we perform well the confidence level will be high.”

The match can be seen live on the PHF website.

India and Pakistan last played each other in the Asian Champions Trophy 2021 which India won 4-3 to claim a bronze medal.

India, the third highest-ranked team in the world, have been placed in the Pool A with Pakistan, Japan and hosts Indonesia and will play Pakistan in the last match in the opening day’s schedule. Pool B includes Malaysia, South Korea, Oman, and Bangladesh in the eight-team competition.

The Asia Cup is being held after a gap of two years as it was postponed last year due to the Covid-19 pandemic. The top three teams at the end of the Asia Cup will qualify for next year’s FIH Hockey World Cup, to be held in Bhubaneswar and Rourkela. India have already qualified for the World Cup as the hosts.