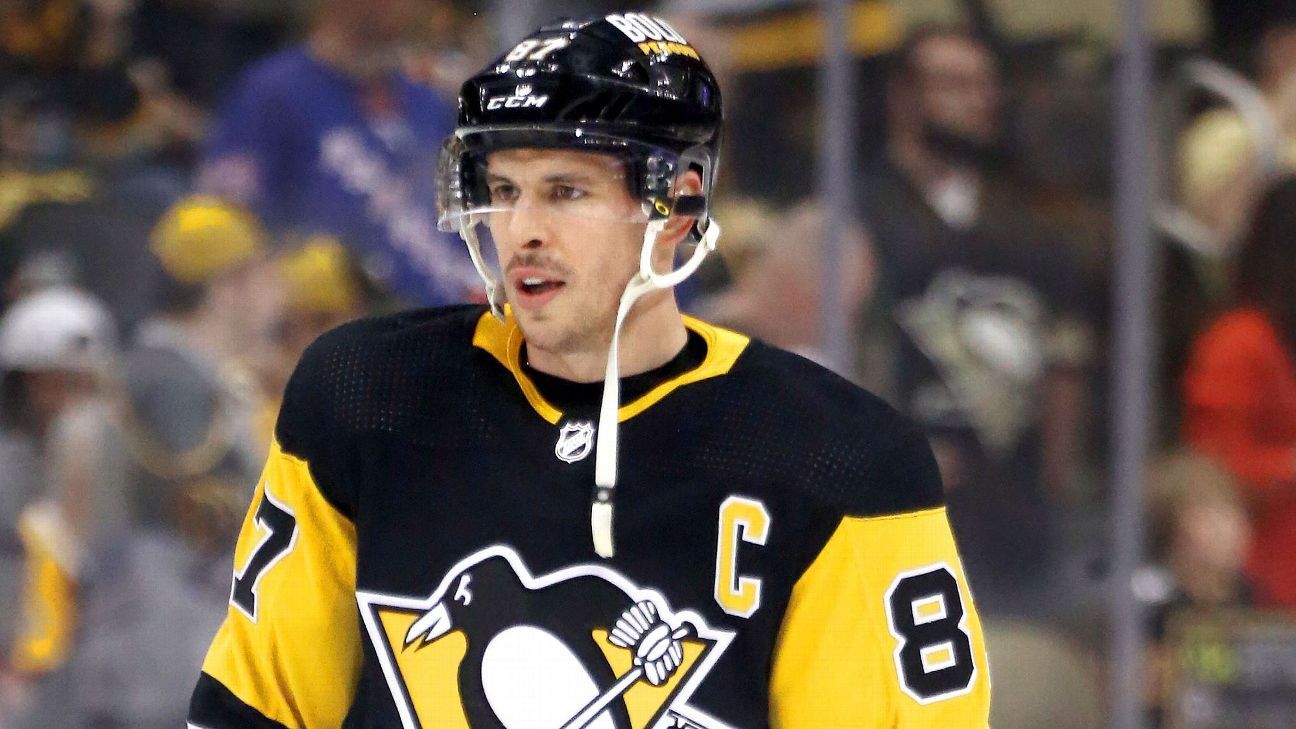 Pittsburgh Penguins star center Sidney Crosby and goalie Tristan Jarry are “game-time decisions” ahead of Sunday’s Game 7 against the Rangers in New York, according to coach Mike Sullivan.

Crosby, who had nine points in the first five games of the series, left Game 5 after suffering an upper-body injury from a high hit delivered by Rangers defenseman Jacob Trouba in the second period. New York rallied to win that game. Sources told ESPN on Friday that Crosby was held out of Pittsburgh’s 5-3 loss in Game 6 with a concussion. The Rangers also rallied to win that game, pushing the series to Game 7.

Crosby skated individually on Friday with skills coach Ty Hennes and then participated in practice with Pittsburgh on Saturday. He did not take an optional practice on Sunday at Madison Square Garden.

“The word concussion can be used loosely, but head injuries are very serious,” Crosby’s agent, Pat Brisson, told ESPN. “The Penguins are being very careful and very smart about this. What’s most important is Sidney’s well being as a person. He’s being evaluated and they’re doing everything by the book. A final decision on if he plays tonight will be made by the team doctor.”

Jarry hasn’t played since April 14 after suffering a broken foot. Backup Casey DeSmith played well in leading the Penguins down the stretch. He started Game 1 against the Rangers but had to leave in double-overtime with an injury. DeSmith underwent core muscle surgery and was ruled out of the playoffs.

Third-stringer Louis Domingue led the Penguins in their Game 1 triple-overtime win but had a .898 save percentage and a 3.65 goals-against average in six games. He struggled in Game 6, including on Chris Kreider’s game-winning goal in the third period.

Jarry took part in Sunday’s optional practice and appeared to go through the routine of a starter, including leaving the ice first. Sullivan refused to name a starting goalie for Game 7.

This could be Jarry’s first playoff start since the Penguins’ first-round loss to the New York Islanders in 2021, a six-game series in which he struggled, registering an .888 save percentage and a 3.18 goals-against average.

In other Penguins injury news, defenseman Brian Dumoulin remains out after being injured in Game 1. Forward Brian Boyle, one of the team’s key penalty killers, is week-to-week after a lower-body injury in Game 6. Forward Rickard Rakell, who was injured in a hit in Game 1, is a game-time decision.

The Penguins are the only NHL franchise without a Game 7 defeat as a visitor, and their 6-0 record on the road is the longest such winning streak in NHL history.

The Rangers’ all-time Game 7 record is 9-6, including a 7-1 mark at Madison Square Garden.