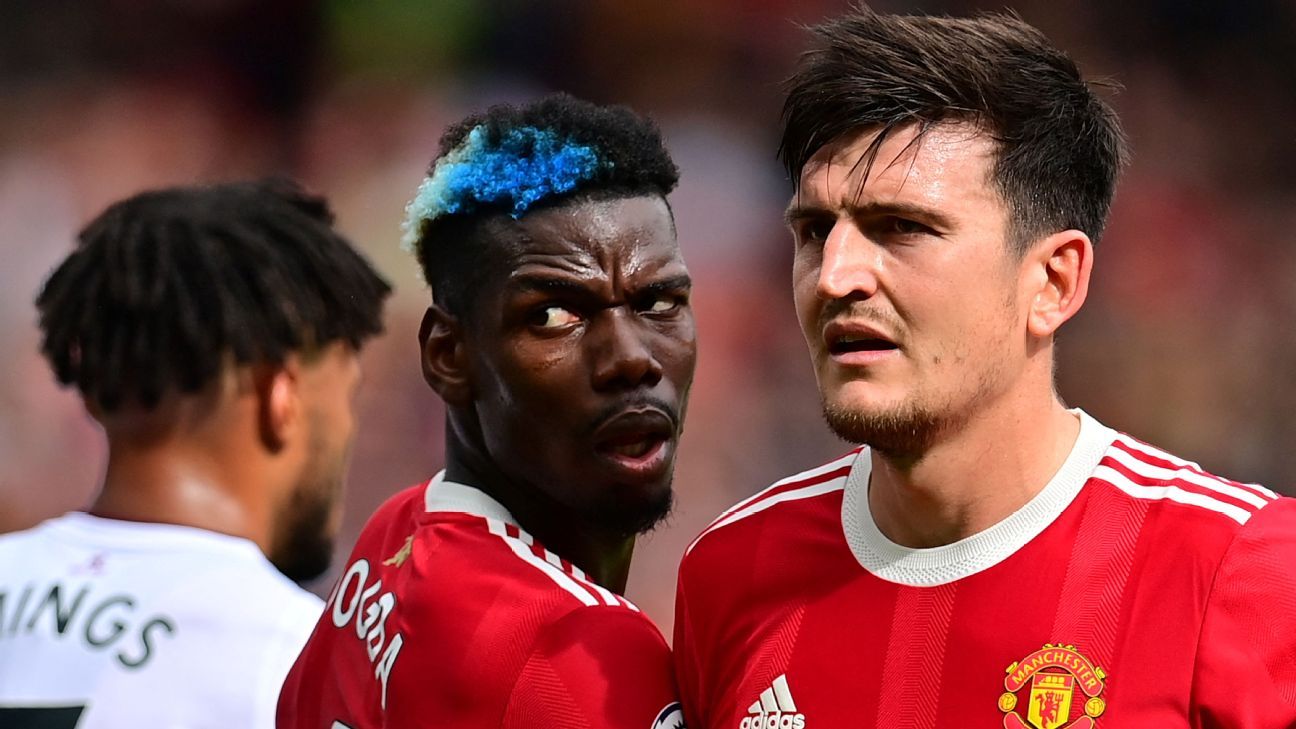 After a final day of maximum drama, the glittering prizes in the Premier League are decided: Manchester City champions for the fourth time in five years, Liverpool foiled in a photo finish, Tottenham Hotspur in the Champions League and Leeds United marching on into another season in the top flight.

But how about the individual accolades? And how about those who would probably prefer to forget the season? Everyone will have their own ideas about the real movers and shakers, so without further ado, here are this observer’s best and worst teams of 2021-22.

Best XI of the season

David de Gea (Manchester United): A contentious choice perhaps against the claims of Alisson of Liverpool and Ederson of Manchester City, but De Gea performed wonders amid the train wreck of United’s season. He pulled off some stunning saves and without him, United would not even have qualified for the Europa League.

Trent Alexander-Arnold (Liverpool): Still some doubts about his defending, but this is a classic case of assessing what he can do, not what he can’t. Here is a full-back whose ability to pick passes and crosses and set up goals marks him as a unique talent. England need to find a way of using it.

Virgil van Dijk (Liverpool): Masterful, he seems to do everything without moving out of second gear. That is because he reads the game so brilliantly, putting out the fires before they have even broken out. No easy job in a defence that plays with both full-backs pushed up so high that there are extra demands on the central defenders.

Antonio Rudiger (Chelsea): Rugged and uncompromising, he will be badly missed when he leaves Stamford Bridge to join Real Madrid this summer. Seems to be wearing a sign saying “You won’t get past me,” and few do. Very hard to replace.

Joao Cancelo (Manchester City): A defender with the ball-playing skills of a No. 10, he has been sensational at times in City’s title win. Prefers right-back, but just as adept in his team’s slightly problematic left-back position.

Kevin De Bruyne (Manchester City): Would surely be in nearly any all-time Premier League XI, and his fabulous pass for City’s title-winning goal against Aston Villa summed him up. Has the ability to see, time and weight a pass like few other players and this season he has added more goals to his repertoire.

Declan Rice (West Ham United): The torchbearer in Hammers’ excellent season was a reason they reached a Europa League semifinal and finished seventh in the Premier League, good enough for a Europa Conference League spot. Ultra-consistent and emerging as an articulate leader. West Ham will play hardball with potential suitors.

Christian Eriksen (Brentford): The story of the season. Eight months after we feared for his life when he collapsed on the pitch at the Euros, the Dane returned to transform Brentford just as they were beginning to struggle. With him in the starting lineup, the Bees won seven out of 10 games. It would be nice to think he returned their faith in him by staying at the club.

Mohamed Salah (Liverpool): Danger man. Even if his form tailed off a little, this was still a superb season from the Egyptian as he finished joint-top scorer in the league and led the assists table as well. Sets off alarm bells every time he gets the ball.

Harry Kane (Tottenham): Started the season in something of a sulk as his desired move to Manchester City fell through, but then showed he can not only score goals, but drop deep to set them up as well. Spurs’ qualification for the Champions League is likely to mean he stays so long as manager Antonio Conte does, too.

Son Heung-Min (Tottenham): He and Kane are now officially the best strike partnership in Premier League history. Full of dashing clever runs and expert finishes, he shares the Golden Boot with Salah this season and plays with a smile on his face.

Worst XI of the season

Kepa Arrizabalaga (Chelsea): The most expensive goalkeeper in the world was a distant second to Edouard Mendy at Stamford Bridge. Then when brought on as a “shoot-out specialist” substitute in the Carabao Cup final, he failed to make a single save and then missed his own spot kick as Liverpool won 11-10 on pens.

Aaron Wan-Bissaka (Manchester United): The £50 million right-back lost his way and his place to Diogo Dalot in United’s calamitous season.

Harry Maguire (Manchester United): Often excellent for England, he looked a shadow of himself for United. Cruelly and wrongly booed at Wembley, expect him to bounce back. The disappointment of losing the Euro 2020 final and United’s struggles undoubtedly hit his confidence.

Raphael Varane (Manchester United): The arrival of one of the most-decorated players in the game today was universally acclaimed as a coup, but his first season at Old Trafford ended with him spending plenty of time out injured and the club conceding more goals than relegated Burnley.

Junior Firpo (Leeds United): Signed from Barcelona, he failed to win many friends among the Elland Road faithful. Part of the Premier League’s second-leakiest defence, which gave up 79 goals.

Paul Pogba (Manchester United): Almost the “invisible man” at Old Trafford and seemingly on his way out. The obvious talent he displays frequently for France has rarely been seen in a United shirt. Mostly injured.

N’Golo Kante (Chelsea): A vital cog at Stamford Bridge and still a top player, but a series of injuries saw him only start have of the games in a frustrating season. His frequent absences were a big reason Chelsea lost momentum, as Thomas Tuchel admitted last week.

Bruno Fernandes (Manchester United): Seemed to be inhibited by Cristiano Ronaldo’s arrival and never looked the same player who starred with goals and assists last season. Cut a frustrated figure. Getting a tune from him a key task for new boss Erik ten Hag.

Marcus Rashford (Manchester United): No apologies for so many United players in this team of “disappointments.” Frequently left out, he looked bereft of confidence and belief. Body language spoke volumes. Needs a manager who believes in him again.

Romelu Lukaku (Chelsea): After a stellar title-winning season at Inter Milan, he was seen as the last £97.5m piece in the Chelsea jigsaw. But he has looked a misfit and a match at Crystal Palace when he had only seven touches rather summed up a mysteriously poor campaign.

Alexandre Lacazette (Arsenal): A sad final chapter to his Gunners career. Scored only one Premier League goal in open play and lost his place to Edward Nketiah.