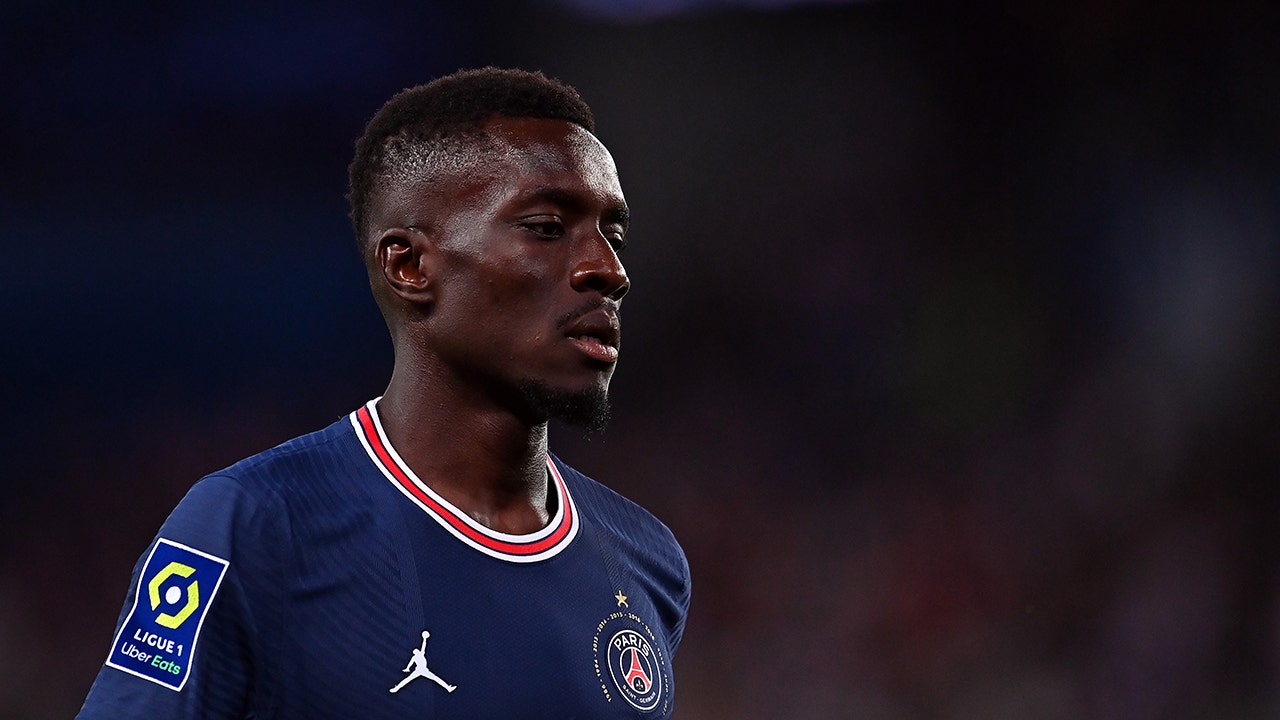 Idrissa Gueye, a Senegalese soccer player who is a midfielder for Paris Saint-Germain, faced scrutiny earlier this week for sitting out a game in which players wore jerseys with rainbow-colored numbers to denounce homophobia.

Gueye didn’t play in PSG’s match against Montpelier. The Associated Press reported Tuesday he sat out the match because he didn’t want to wear the rainbow-colored number.

French soccer federation sent a letter to Gueye to clarify why he missed the match. If the reports of him not wanting to wear a rainbow-colored number are untrue then he can prove it by taking a photo of himself wearing the jersey, the letter reportedly said.

“Your absence has led to many speculations that have been very widely interpreted as a refusal to take part in this operation to raise awareness of the fight against discrimination,” council president Patrick Anton wrote to Gueye.

Idrissa Gueye of PSG during the match against FC Lorient at Parc des Princes stadium on April 3, 2022, in Paris.
(John Berry/Getty Images)

“Either these suppositions are baseless, in which case we ask you to express yourself without delay in order to stop these rumors. We invite you, for example, to accompany your message with a photo of you wearing the jersey in question. Or these rumors (reports) are true. In which case, we ask you to take stock of the impact of your actions and the very serious mistake committed. The fight against discrimination affecting different minorities is a vital and constant fight. Whether it’s skin color, or religion, or sexual orientation, or any other differences, all discrimination is based on the same grounds – the rejection of others.”

PSG’s Idrissa Gueye looks on during the ESTAC Troyes match on May 8, 2022, in Paris.
(Aurelien Meunier – PSG/PSG via Getty Images)

Mbaye said Gueye “is not homophobic. He does not want his image to be used to promote homosexuality. Leave him alone.”

Anton added: “By refusing to take part in this operation, you are validating discriminatory behavior (and) the rejection of others, and not just against those in the LGBTQ+ movement. The impact of soccer in society and the way players are role models for those who admire them gives all of us a personal sense of responsibility. We hope this letter makes you conscious of the fact you need to clarity your position, or to make amends.”