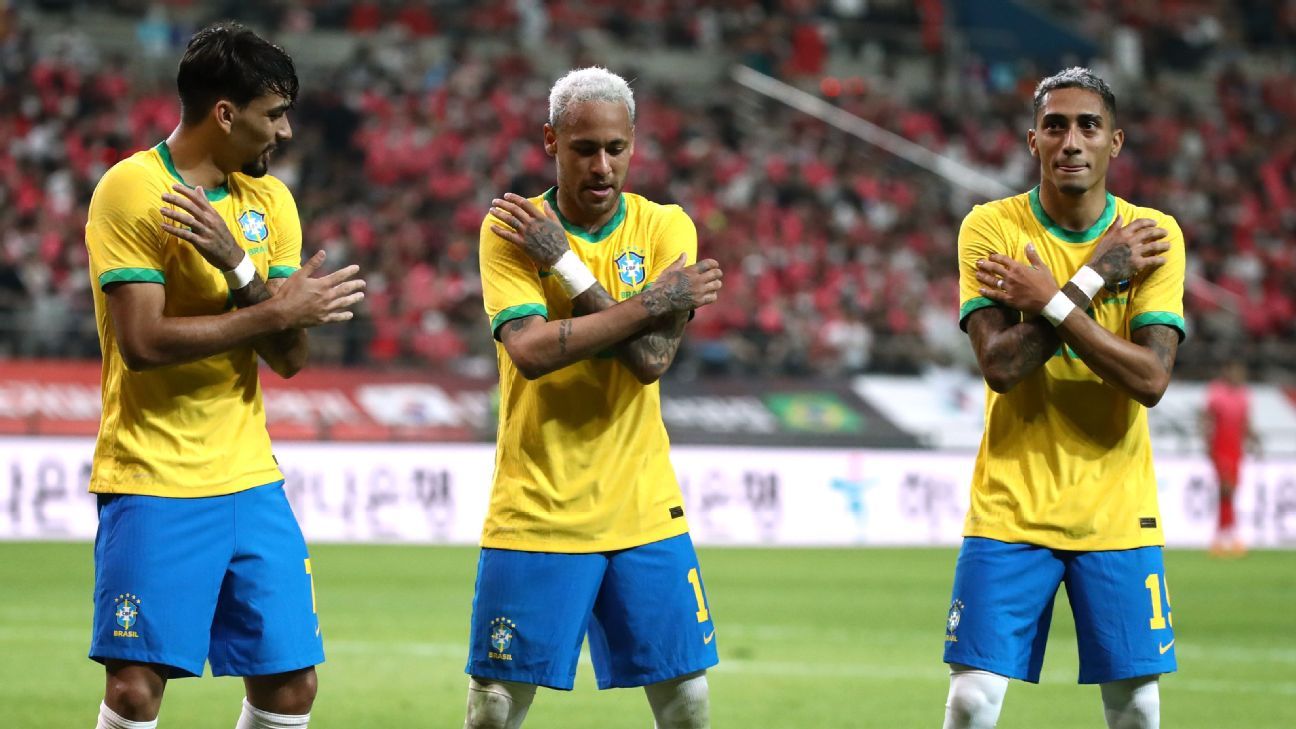 Neymar scored a pair of penalties to move to within four goals of Pele at the top of the men’s all-time scoring list as Brazil cruised to a 5-1 win over fellow World Cup qualifiers South Korea at Seoul World Cup Stadium on Thursday.

The Paris Saint-Germain striker netted either side of half-time to move onto 73 goals in 118 appearances for his country and close in on the three-time World Cup winner’s record in a comfortable win for Tite’s side.

Richarlison gave Brazil the lead in the seventh minute and, although Hwang Ui-Jo levelled for Korea just after the half-hour mark, it was the visitors who always looked more likely to prevail.

Neymar netted from the spot to put his side back in front three minutes before half-time and he was on hand with another penalty in the 57th minute before late goals from Philippe Coutinho and Gabriel Jesus put the seal on a comprehensive win.

Billed in some quarters as a battle between Neymar and South Korea’s Tottenham Hotspur forward Son Heung-Min, it was the Brazilian and his teammates who dominated in an often one-sided contest.

The South Americans took the lead early when Alex Sandro stormed into the penalty area and cut back to Fred, whose attempt was redirected past Kim Seung-Gyu by Richarlison from close range.

Brazil had already seen Thiago Silva‘s header ruled out for offside while Raphinha and Dani Alves also went close before the Koreans scored against the run of play in the 31st minute.

Receiving possession with his back to goal, Hwang used all his upperbody strength to hold off Silva before turning to fire his right foot shot into the far corner.

Brazil, though, were back in front in the 42nd minute when referee Ryuji Sato awarded a penalty following a VAR review as Lee Yong upended Sandro and Neymar coolly slotted in.

He was even more composed when he rolled his second spot-kick of the game home three minutes before the hour mark after Sandro was again brought down in the box, this time by Kim Young-Gwon.

Coutinho added the fourth with 10 minutes remaining and Jesus scored a fifth three minutes into added time when he sprinted through the Korea defence to score low into the corner.