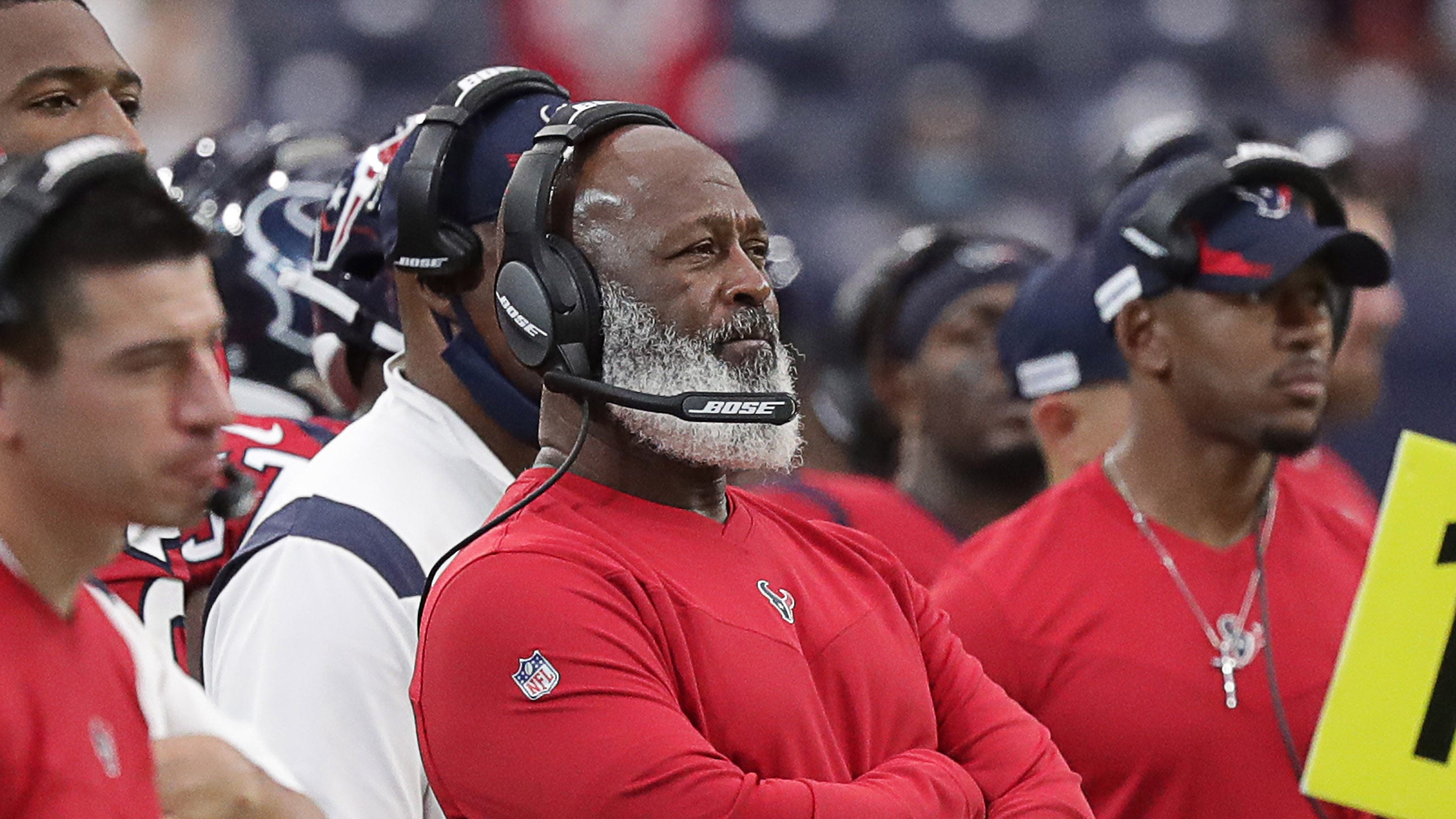 The Houston Texans are entering a new chapter after trading away their longtime starting quarterback Deshaun Watson.

Watson had reportedly wanted out of Houston and even requested a trade from the Texans in January 2021. Earlier this year, he was traded to the Cleveland Browns while facing 22 civil lawsuits over sexual assault allegations.

Texans head coach Lovie Smith talked about his former quarterback in a podcast that aired Tuesday, saying it was time for Houston to move on.

Defensive coordinator Lovie Smith of the Houston Texans against the Indianapolis Colts at NRG Stadium on December 05, 2021, in Houston, Texas.
(Photo by Bob Levey/Getty Images)

“You know, sometimes divorce is good,” Smith said on “The Cris Collinsworth Podcast.” “And that’s my statement that I’ve made a lot of times when a split is gonna happen and both parties are gonna win once it does.”

“Again, I don’t know exactly what all happened, [the] accusations are there and if they have merit, that will all come out in time,” the coach added. “But for our football team, we needed to move on.”

Smith has expressed confidence in second-year quarterback Davis Mills, who is believed to have the best chance at winning the starting quarterback job for the Texans in 2022.

Mills was selected by Houston in the third round of the 2021 NFL Draft, and he started 11 games last season. Mills improved down the stretch and netted a passer rating of above 90 in four of his last five games.

The Texans didn’t select a signal-caller in the 2022 draft, which was believed to have a weak quarterback class.

Houston received quite a haul from trading Watson to the Browns, which netted the team a first round pick in the 2022, 2023, and 2024 drafts. If Mills doesn’t end up being a franchise quarterback for Houston, the team has the draft capital to potentially select another one in the coming drafts.

DESHAUN WATSON ACCUSERS BLAST HIS RECORD CONTRACT WITH BROWNS IN HBO INTERVIEW: ‘A BIG SCREW YOU’

As for Watson, he has denied acting intentionally and has denied all the claims in the nearly two dozen civil suits against him.

“I’ve never assaulted or disrespected or harassed any woman in my life. I’ve never done these things people are alleging,” Watson said during his first news conference.

A pair of grand juries in Texas declined to bring criminal charges against the quarterback, who landed a fully guaranteed $230 million contract from the Browns following the trade.

The NFL is still investigating Watson to determine if Watson violated its personal-conduct policy. He reported to the Browns’ offseason program last month.