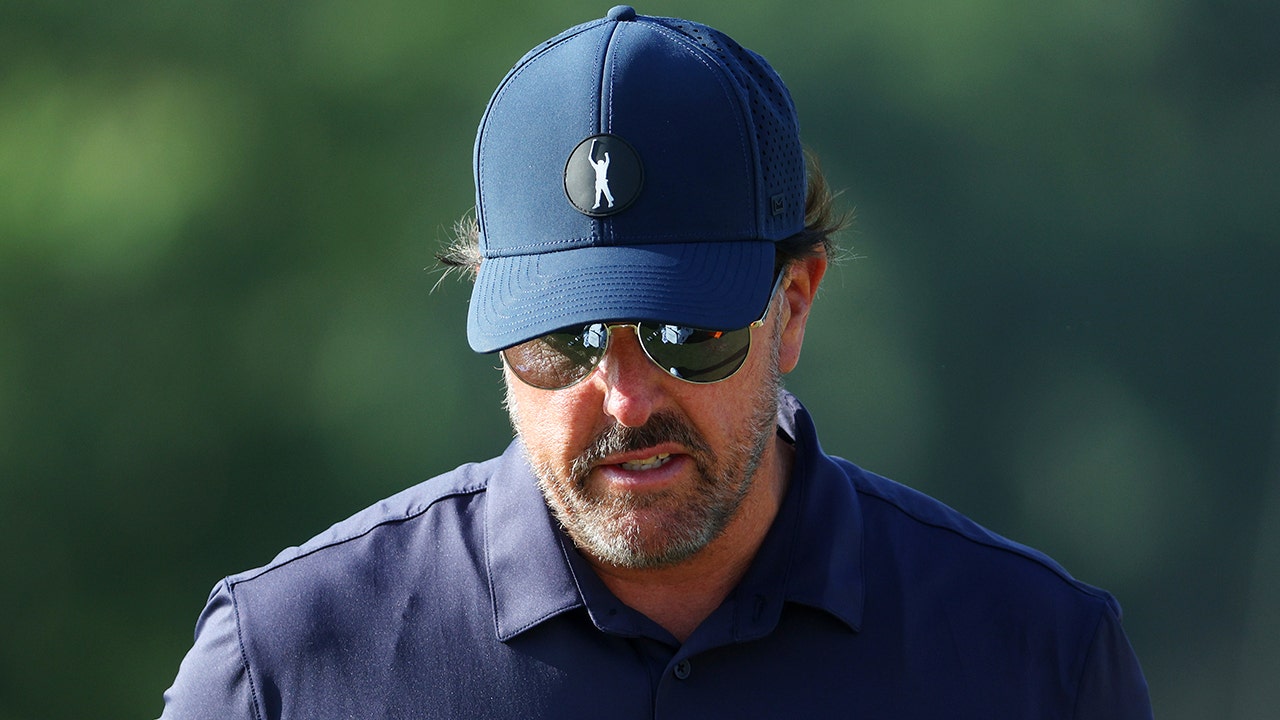 Phil Mickelson will miss his latest chance to finally win the U.S. Open.

“Lefty” shot a second-round 73 and won’t be playing through the weekend.

The U.S. Open is the only major Mickelson hasn’t won.

Phil Mickelson during the second round of the 122nd U.S. Open Championship at The Country Club June 17, 2022, in Brookline, Mass.
(Patrick Smith/Getty Images)

The projected cut line was set at 2-over-140 to make the weekend. Mickelson was at the bottom of the leaderboard, shooting a 151 over the first two rounds.

On Thursday, Mickelson finished with a 78. He had five bogeys, two double bogeys and one birdie in the fist round. On Friday, he shot a 73, but it wasn’t good enough to push him past the cut line. He finished with two birdies and five bogeys.

Phil Mickelson of the United States walks off the 15th tee during the second round of the 122nd U.S. Open Championship at The Country Club June 17, 2022, in Brookline, Mass.
(Jared C. Tilton/Getty Images)

2022 US OPEN: A LOOK AT THE THIRD GOLF MAJOR OF THE SEASON

Mickelson had increased attention during the tournament after playing in LIV Golf’s first tournament in London last week and finishing 11-over par in the three rounds he played. The Saudi-funded golf league has no cut line.

It was his first tournament against other PGA Tour pros since February. He received heavy backlash for seemingly brushing off Saudi Arabia’s involvement in the murder of Washington Post columnist Jamal Khashoggi.

Phil Mickelson of the United States stands on the practice range during the second round of the 122nd U.S. Open Championship at The Country Club June 17, 2022, in Brookline, Mass.
( Andrew Redington/Getty Images)

He later apologized for the remarks but said him joining the rival league was the right thing for him to do.

He reportedly received a $200 million deal to participate.