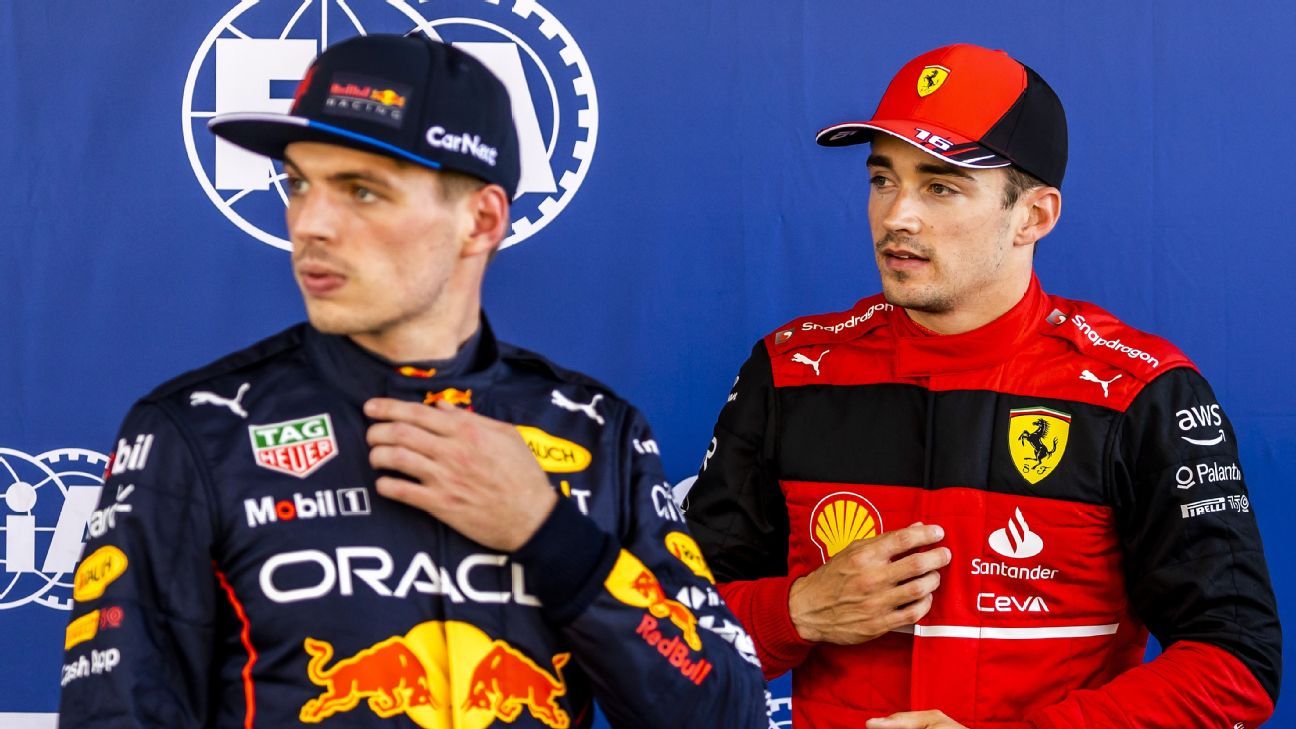 SPA FRANCORCHAMPS, Belgium — Six drivers, including F1 championship rivals Max Verstappen and Charles Leclerc, will start from the back of the grid at the Belgian Grand Prix after receiving penalties for power unit and gearbox changes.

Verstappen, Leclerc, Esteban Ocon, Lando Norris, Valtteri Bottas and Mick Schumacher will make up the back six places on the grid at Sunday’s race after all six drivers had multiple components changed on their cars that took them over their quota for the year.

Because six drivers all have a back of grid penalty for this weekend’s race at Spa, their order in the final six places will be determined by whoever qualifies highest, meaning Verstappen and Leclerc could still start as high as 15th on the grid.

Engine penalties exist in F1 in order to promote cost saving. The amount of engine and gearbox components used on each car is capped per season, with grid penalties applied to drivers who exceed their quota.

Depending on whether it is the first time the component is exceeded or another time thereafter, drivers receive either 10 or five place penalties, but if the total penalty adds up to 20 or more positions on the grid due to multiple component changes, the drivers are simply given a ‘back of grid’ penalty.