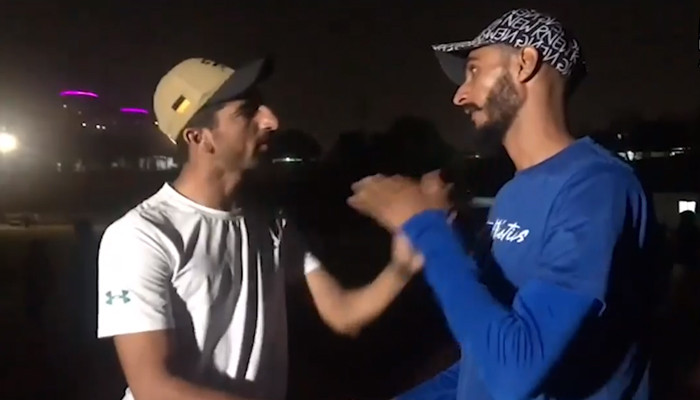 Hailing from Larkana, Dahani challenged Baloch to a 400m race during the Pakistan Super League (PSL) season 7 followed by his viral wicket-taking celebration.

Later on, Baloch, in an interview with Geo Super, reminded his compatriot about his challenge. In reply to the video, Dahani promised to come and meet the national champion.

Finally, the PSL 2021 hero Dahani came to Karachi’s National Coaching Centre to meet Baloch before the latter departs for participating in Imam Reza Cup, scheduled in Iran from May 29 to 30.

“I have come here to support Mueed as he is going to participate in Imam Reza Cup,” Dahani told Geo Super. “I have heard a lot about Mueed and his achievements. I feel happy to be his friend and my best wishes and prayers are with him.”

To a query about his challenge, Dahani said he is preparing for it because beating Mueed is tough. “Yes, I had accepted this challenge and I am preparing myself for it. I know it’s not easy to beat Baloch Bolt,” the cricketer quipped.