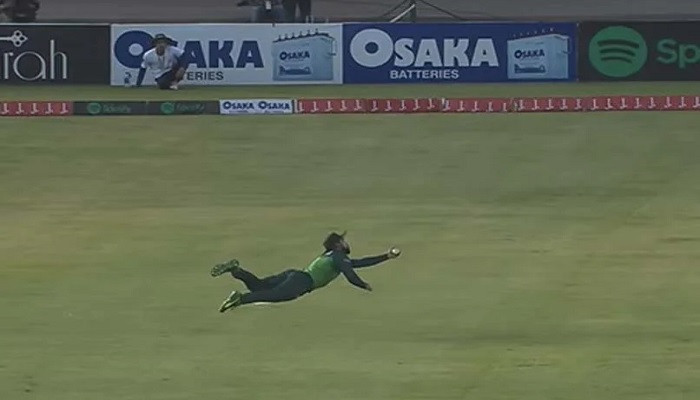 Vice-Captain for the Pakistan cricket team in the T20I and ODIs Shadab Khan has mesmerised his fans by catching the ball mid-air.

After nearly 14 years, international cricket returned to Multan on Wednesday where Pakistan played against the West Indies in the first ODI of the three-match series.

While initially, it seems that the ball was impossible to catch, the all-rounder could be seen flying toward it and taking hold of it with his left hand.

Pakistan Cricket Board posted the video on their Instagram. The caption read: “Nawaz gets the breakthrough courtesy of a one-handed stunner from Shadab.”

Khan was praised by fans and supporters in the comment section.

“Only shaddy can do this,” a user commented.

“Best fielder in the world,” said another.

A user even said: “Superman Is here!”