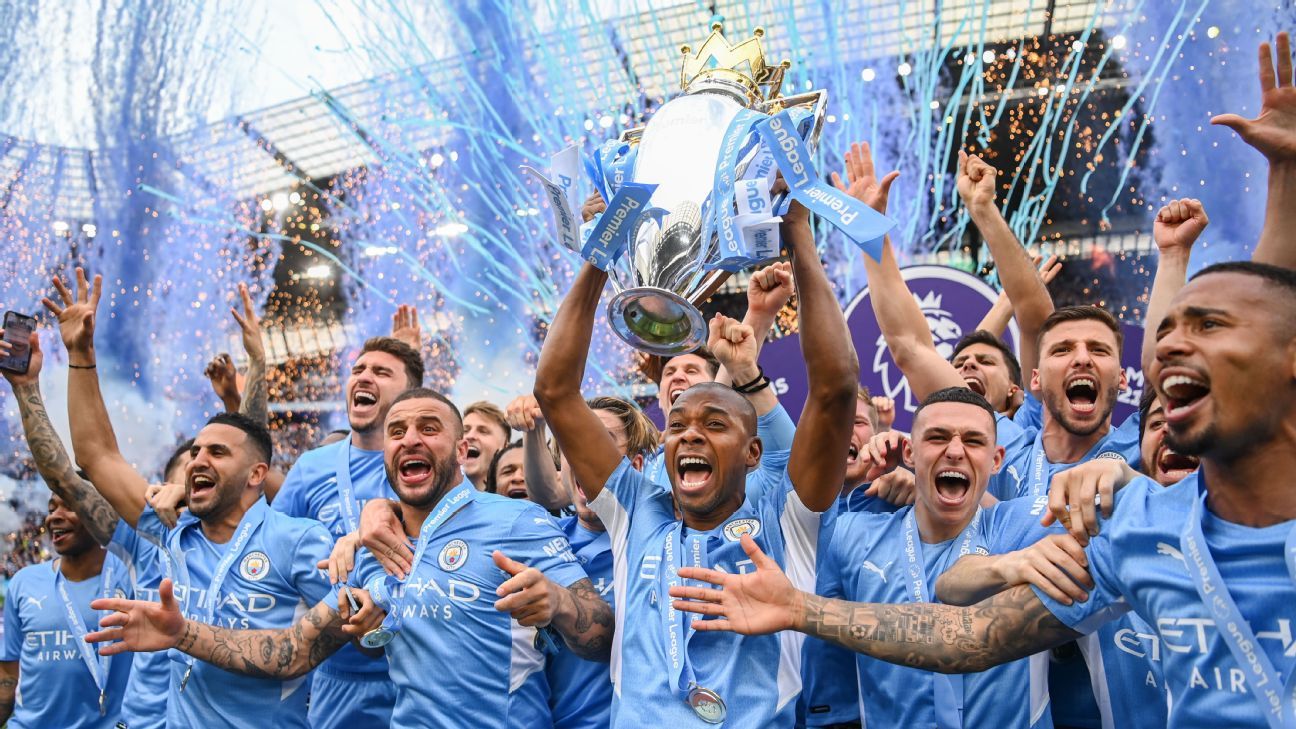 The 2022-23 European seasons are starting earlier than normal and finishing later due to the effect of the World Cup.

– When does the transfer window open and close?
– 2022-23 preseason schedules: Where the top clubs are headed

The World Cup is usually held in June and July, but with the tournament taking place in Qatar, it had to be moved to November and December (right in the middle of the European season) because of the heat.

Here’s when the campaigns will start and end across the top five leagues, European club competition and a reminder of what will happen with international football, too.

Champions Manchester City will take on FA Cup winners Liverpool in the Community Shield at Leicester’s King Power Stadium, to be played on Saturday, July 30 (kick-off 5 p.m. BST). Wembley Stadium is unavailable due to the Women’s European Championship, which is being held in England.

The season will kick off on the weekend of Friday, Aug. 5 to Sunday, Aug. 7.

The fixture list has already been published in full, and this is the opening week of matches.

The last round of games before the World Cup will be played on the weekend of Nov. 12-13. The league will resume on Dec. 26 — eight days after the World Cup final.

The break of 43 days for the World Cup means the season must end later than usual, on Sunday, May 28.

Premier League teams will enter the FA Cup in the third round, to be played on the weekend of Jan. 7, 2023. The final is on Saturday, June 3.

Clubs not in European competition will start in the Carabao Cup second round in the midweek of Aug. 24, with the other seven entering in the third round which falls on the midweek of Nov. 9. The final will be held Feb. 26 at Wembley Stadium.

– LaLiga on ESPN+: Stream LIVE games and replays (U.S. only)

The last round of games before the World Cup will be played on the weekend of Nov. 12-13 and return to action on Thursday, Dec. 29 — a break of 46 days.

All teams other that the four in the Supercopa will enter the Copa del Rey in the first round, with the Supercopa quartet joining from round three. The final will take place on April 29.

The Supercopa will feature the both finalists from last season’s Copa del Rey, Real Betis and Valencia, plus the top two league teams, Real Madrid and Barcelona. It will take place Jan. 11-15, 2023 at King Abdullah Sports City, in Jeddah, Saudi Arabia.

The new campaign will kick off on the weekend of Aug. 13, running through to Sunday, June 4. Fixtures are being published on Friday, June 24.

The last round of games before the World Cup will be played on the weekend of Nov. 12-13. The league will resume on Jan. 4 — that’s a break of 52 days.

The 12 lowest-ranked teams from Serie A, along with Serie B clubs and four from Serie C, will take part in the first stage of the Coppa Italia in August. The top-eight ranked Serie A clubs will join in the round of 16, to be played January.

Lega Serie A has also confirmed it plans to hold a tournament of Italian clubs in the United States in November and December during the break for the World Cup. No further details have been released.

AC Milan (champions) will face Inter Milan (Coppa Italia winners) in the Supercoppa Italiana. It is expected to be played in Saudi Arabia in January, though this has not been confirmed.

The first round of the DFB Pokal, which will feature all 18 Bundesliga clubs, takes place before the Bundesliga begins, on July 29 to Aug. 1. Bayern and RB Leipzig will play their DFB Pokal first round games on Aug. 30 and 31. The final is at the Olympiastadion in Berlin on June 3.

Top-flight football in Germany will return on Aug. 5, and be completed on May 27. Fixtures are released on Friday.

– Bundesliga on ESPN+: Stream LIVE games and replays (U.S. only)

The last round of games before the World Cup will be played on the weekend of Nov. 12-13. The league will not resume until Jan. 20 — that’s a mammoth break of 68 days, more than two months.

The Ligue 1 kick-off is set for the weekend of Aug. 6 and 7, running through to June 4. Fixtures are released on Friday.

The last round of games before the World Cup will be played on the weekend of Nov. 12-13 and return to action on Dec. 28 — a shutdown of 45 days.

Ligue 1 teams enter the Coupe de France from the ninth round, to be played the weekend of Jan. 7. The final will be held on Saturday, April 29.

The draws for the final round of qualifying across the Champions League, Europa League and Europa Conference League will be held on Aug. 1.

The UCL group-stage draw follows on Aug. 25, with the other two competitions drawn on Aug. 26. Group games across all competitions will begin on the midweek of Sept. 6-7, a week earlier than usual.

The World Cup means the group stage of all three tournaments will finish over a month earlier that usual.

The UEFA Super Cup will see Real Madrid take on Eintracht Frankfurt at Olympic Stadium in Helsinki on Aug. 10.

Real Madrid are also due to take part in the FIFA Club World Cup. There is no confirmation yet when this will be, or if it will feature the new expanded format of 24 teams which was shelved due to the coronavirus pandemic.

The remaining two round of the UEFA Nations League will be played in late September, with the finals due to be played in June 2023. Non-European teams will play World Cup warm-up games in the same dates. This is the only international break before the World Cup. There are no games in October, as there would be in a normal season.

Qualifying for the 2024 European Championship, which is being held in Germany, begins in March 2023, and runs through to November. The draw for qualifying is scheduled for Oct. 9 at the Festhalle in Frankfurt.