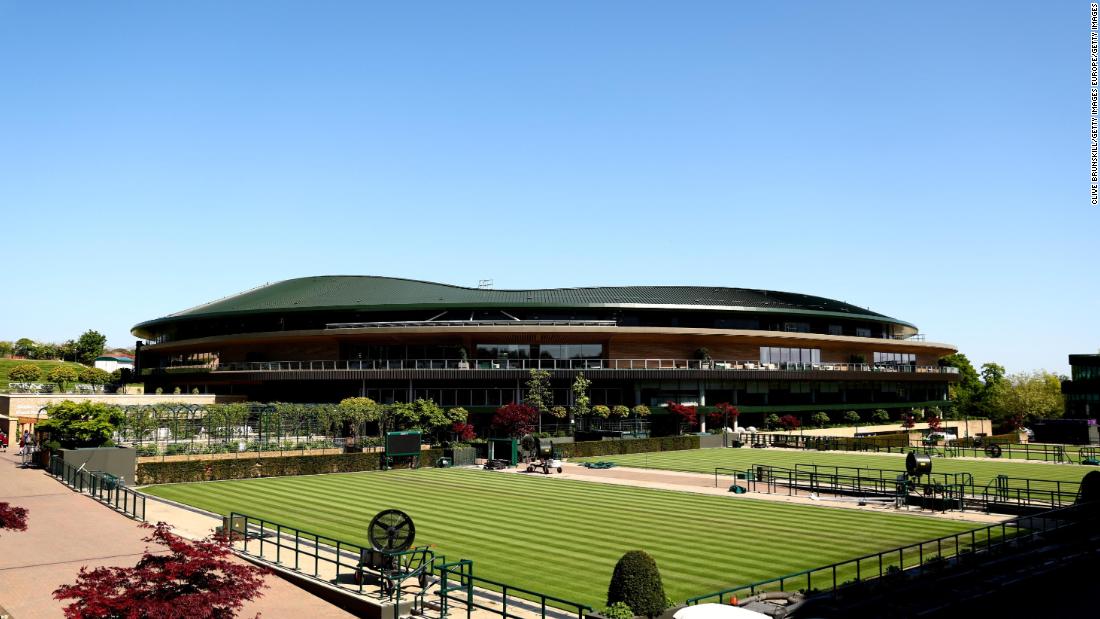 The tournament’s chairman Ian Hewitt said Russia’s invasion of Ukraine had placed organizers in “an extreme and exceptional situation,” adding that the decision to implement a player ban had been made in line with UK government directives.

Those directives meant that players from Russia and Belarus would not be able play at the tournament, which begins on June 27, based on their rankings position alone, but would need to agree to a written declaration against the war in Ukraine.

“First, even if we were to accept entries from Russian and Belarusian players with written declarations, we would risk their success or participation at Wimbledon being used to benefit the propaganda machine of the Russian regime, which we could not accept,” Hewitt told reporters on Tuesday.

“Second, we have a duty to ensure that no actions we take should put the safety of players or their families at risk.

“We understand and deeply regret the impact this decision will have on every individual affected — and so many innocent people are suffering as a result of this terrible war.”

The decision has been met with criticism from the game’s governing bodies, including the ATP and WTA Tours, and some players, including defending men’s champion Novak Djokovic and Russian world No. 8 Andrey Rublev, who called the move “illogical” and “complete discrimination.”

“It is not discrimination in the form that is being said,” Hewitt stated. “It is a considered view reached as to what is the right and responsible decision in all circumstances.”

He added: “We know that they [Russia] have a history of using sport to advance their cause and that is a serious matter for us which we could not accept Wimbledon being part of.”

The Kremlin has previously said that a ban on Russian players taking part at Wimbledon as a result of Russia’s invasion of Ukraine is “unacceptable.”

“Making athletes victims of some kind of political prejudices, intrigues, hostile actions towards our country, is unacceptable. One can only express regret here,” Russian government spokesman Dmitry Peskov told a conference call with reporters earlier this month.

While individual players from Russia and Belarus are allowed to compete on the ATP and WTA Tours as neutrals, this is the first time they have been prohibited from competing in an elite tennis event.

The decision by the All England Lawn Tennis Club (AELTC) covers all tournaments in this year’s British grass-court swing, as well as the grand slam.

Rublev, who wrote “No war please” on a TV camera during a match days after Russia invaded Ukraine in late February, is set to miss this year’s Wimbledon alongside compatriot and world No. 2 Daniil Medvedev and Belarus’ Aryna Sabalenka, currently ranked fourth in the world and a Wimbledon semi-finalist last year, and Victoria Azarenka, a former world No. 1.

“We are in ongoing dialogue with the players, the tours, the ITF, and with our fellow grand slams, and will continue to work with them over the coming weeks,” Wimbledon chief executive Sally Bolton told reporters.

Bolton added that some affected players were consulted prior to a decision being made on the ban, but declined to give specific details about those conversations.

She also stressed that the current ban related to “players only,” but said the tournament will be declining accreditation requests from Russian media outlets.

Talks between Wimbledon and the UK government are ongoing about whether Russian and Belarusian support staff and coaches will be permitted at the tournament.

“The one thing we’ve always been united on [in tennis] is that entry into our events … has always been based upon merit and without discrimination,” he said.

In a statement last week, the ATP Tour also said the decision to exclude a player based on their nationality was “a violation of our agreement with Wimbledon that states that player entry is based solely on ATP Rankings.”

Wimbledon organizers also announced on Tuesday that players would not be required to be fully vaccinated against Covid-19 to compete in this year’s tournament, which is currently expected to take place under normal circumstances without virus countermeasures in place.